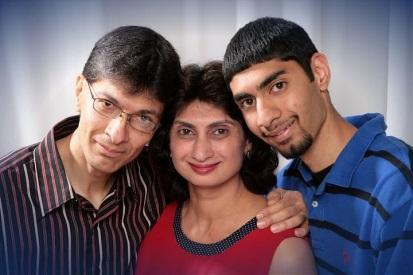 The Memorial Drive Badminton Club boasts of three permanent courts and over 35 participants every week. The club meets every Sunday from 11 am to 5 pm at the Memorial Presbyterian Church gymnasium.

Atlanta, GA: Badminton is considered more of a backyard sport inAmerica. But for those of us who have grown up playing shuttlecock in our yards or on local teams, luckily, there are several badminton clubs in and around Atlanta that promote the sport.

One such club is the Memorial Drive Badminton Club which was formed in 1997 by AlKarim and Dilshad Premji. What started off as a five-member club today boasts of three permanent courts and over 35 participants every week. The club meets every Sunday from 11 am to 5 pm at the Memorial Presbyterian Church gymnasium.

“Today, we have participants from all over the world-India, Pakistan,Vietnam, China, Japan, Jamaica, Thailand, England and East Africa.  They range in age from 21 to 70. We all come together every week to play and build friendships,” says Dilshad Premji.  “And it is not only just about playing. We see tremendous improvements in the health of participants.  Those who were told they were walking time bombs are now off all their medications because of the exercise they get playing badminton.”

Consistency is the key, she adds.  When players enjoy the game, they play for six hours straight without realizing it. 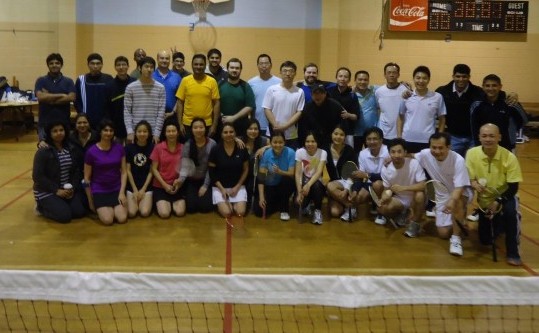 Badminton is the world’s fastest racket sport. During a professional match, the shuttlecock may reach up to 400 km/h on the court, a speed higher than that of tennis and squash balls. At present, 153 countries are members of the Badminton World Federation (BWF).

The sport is highly demanding. The shuttle is lightweight and travels fast. Players develop their reflexes and stamina and learn to be agile and light on their feet.  Top players have been known to cover up to four miles in a single match.

The Premjis have done their part in popularizing badminton within playing families. “In the beginning we only had one family member attend.  Today, the entire family joins us.  Some die-hard fans travel three hours to play at the club.”

“When Adil, turned four, he too began playing and won his first trophy atGeorgiaStateat the age of five,” says his proud mother. “For the past 17 years, we as a family attend practice sessions and tournaments together.  We have over 150 trophies and 50 medals.”

What motivated the Premji family to start a badminton club? “In 1997, our community was holding a sports tournament and my husband and I decided to participate.  We needed to practice so we found the perfect place – the Memorial Drive Gym- and played for several weeks.  Once the tournament was over, we promised to continue playing on a regular basis.  My husband and I had different careers, volunteered in different fields but this was one thing we wanted to be able to do together,” says Dilshad.

Kudos to the Premji family for popularizing badminton inAtlanta-one smash at a time. For more info, please contact the Premjis at adpremji@aol.com.