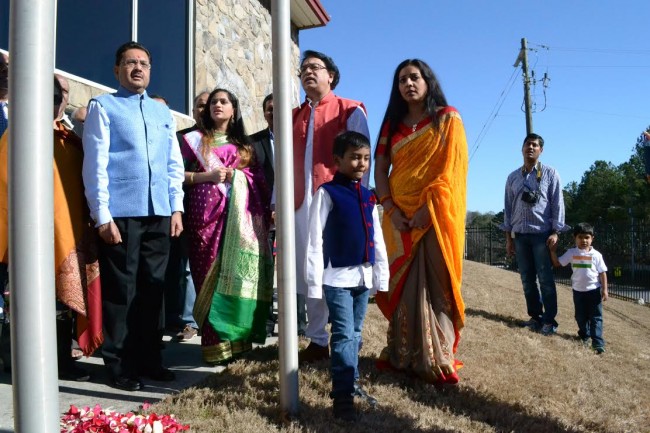 In his welcome address, IACA’s current president Vishwanath Ganti welcomed all and highlighted the beginning of the drafting of the Constitution of India by the founding father Shri Ambedkar. He also briefly dwelled into the history of IACA and its objectives of promoting and preserving the culture, values and the great history ofIndiaby involving the communities and the children in particular. He then invited Sanatan Mandir’s priest Acharya Pramod Padhiji and Shadabbhai to address the audience and spread the message of peace and harmonious living and inculcate a lasting value system in everyone’s life. 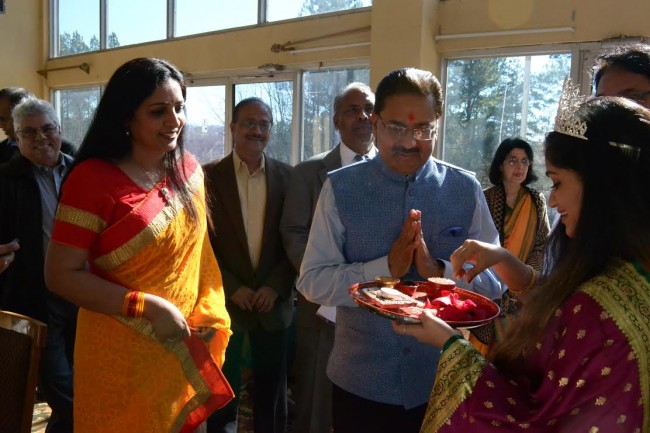 Acharya Padhiji spoke about Sanatan Dharma and requested all to respect each other’s faith, religion and learn to live and let live.

Shadabbhai narrated a brief history ofIndia’s freedom struggle. Speaking in Hindi/Urdu, he said that all Indians were involved in the struggle of independence that started way back in 1799.  The second wave started in 1857.Shaikh Abdul Aziz, a 1700s scholar, preached that Islam is against slavery and encouraged his followers to participate in the efforts to seekIndia’s independence from the British rule. TheIndianRepublicis based on secularism and that is a blessing for all of us and it is the key to our success, he said.

Consul General Ajit Kumar, in his address dwelled on the essence of Republic Day. He referred to the successful elections inIndiawhich brought in the new Government led by Prime Minister Modi. “Indiais a unique country that has three main strengths: democracy, demographic dividend and demand.Indiahas evolved as the world’s largest democracy. It is very vibrant. There is no precedent in the world of a democracy of more than a billion people,” he said.

Elaborating on demographic dividend, he saidIndiais an ancient civilization but a young nation.Indiahas nearly 50% of its population below the age of 25 as one of the lowest average for its working population.India’s Prime Minister Modi has stressed education and skills training to empower the youth and working population, he said. “India’s strong economic growth will ensure a strong demand for all kinds of goods and services.Indiais the third biggest economy in terms of purchasing power parity (PPP).IMF and the World Bank has predicted that thatIndia’s GDP growth would overtakeChinain 2016 and 2017,” he added. 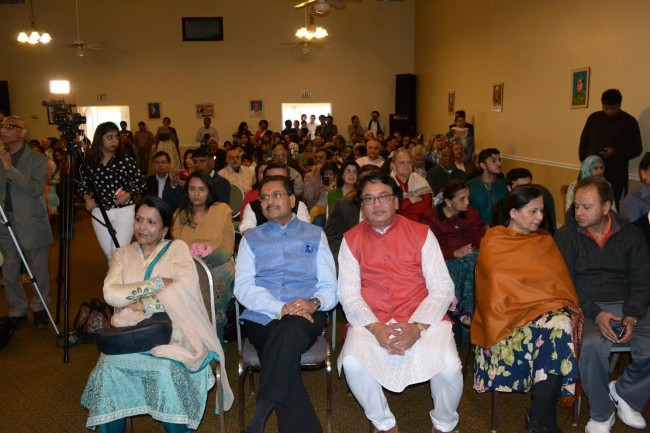 The Consul General spoke briefly about Indo-US strategic relations and about President Obama’s visit to India where he was the chief guest at the Republic Day parade in New Delhi. “President Obama and PM Modi had a meeting where far –reaching agreements in defense field, in energy field and several other fields including economy, because economy is very important.IndiaandU.S.have already done trade in goods and services together of about $100 billion. The aim is to raise it fivefold to about 500 billion dollars. They have also touched upon global subjects like fight against terrorism, fight against climate change and other important topics,” he said.

Consul General Kumar also spoke glowingly of the Indian-American community. “You have raised the image ofIndiaso much that it has made the task of diplomats like me much easier,” he said. We would like the Indian-American community and Indian diaspora to contribute to the growth ofIndia. I have been pleased to note that a sizeable contingent fromAtlantaand South East went toIndiato participate in this year’s Pravasi Bharatiya Divas and also Vibrant Gujarat Business Summit.”

The audience was then treated to a riveting video presentation on ‘Make In India’.

IACA Board member Kaushal Tripathi extolled Ajit Kumar’s genial nature and his warm rapport with the Atlanta community. He said that he and his Consulate staff have been very helpful in rendering courteous and efficient services.

In her vote of thanks, past president Nivedita Garabadu thanked Consul General Kumar, IACA’s founding fathers and past and present officials, the media, Girish Modi, the performers, Chaitanya Bhatt, and food sponsor Haldirams for attending and making the celebrations a memorable event.