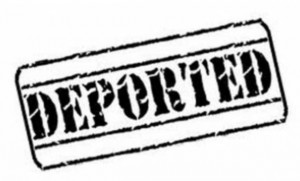 Washington, Dec 24 (IANS) India has questioned the deportation of some students from India when they came to the US with valid student visas to study at two Silicon Valley institutions which have denied being “blacklisted.

“There is definitely a glitch within the US system”, sources said pointing out that the US consulate in Hyderabad issued F-1 student visas and they carried the requisite I-20 forms issued by the educational institutions certifying their admission.

The Indian Embassy here has taken up the matter with the State Department, the National Security Council and the Department of Homeland Security. Their response is still awaited.

Sources also said that a couple of Indian consular officers who had gone to the San Francisco airport were not allowed to meet the Indian students who had been denied entry to the US and put back on flights to India.

On reports that some students had been denied entry because they had failed to satisfactorily answer immigration officers’ questions at the port of entry, sources said there could be one or two such cases, but wholesale deportation of students pointed to a problem in the US system itself.

The sources also pointed out that the 14 Indian students from India who were deported last week and 19 others not allowed to board their Air India flights to San Francisco had all sought admission to Silicon Valley University (SVU) in San Jose and Northwestern Polytechnic in Fremont.

The two schools, meanwhile, asserted that they had not been “blacklisted” and US Customs and Border Protection officers were just implementing stricter screening security measures, which are not specific to their students, but to all international students entering the US.

Advising all new and returning students to bring original documentation, SVU said “there were rumours reported by the media in India stating that SVU is being targeted by the US Customs and Border Protection (CBP).”

This, it said, was “Due to the fact that there were some new SVU students being removed or deported back to India because they were not able to answer the questions adequately to the satisfaction of the inspectors at the port of entry.”

SVU said it did not “welcome those who intend to abuse their F-1 VISAs and have other intentions besides studying in our university.’

NPU president Peter Hsieh assured “students, families, and friends” that “my team and I are deeply concerned and doing our best to clear NPU’s name and fight for your rights.”

As “definitive proof that NPU is NOT blacklisted,” it provided “evidence of a sample of new students that continue to enter the US with F-1 visas with NPU as the designated school.”

“The samples show entry on the December 20, 21 and 22, which are all dates after the false information reported in the media in India,” it said.

Students flew on Emirates, Etihad, and Singapore Airlines, NPU said claiming “Most students had to go through secondary inspections, but a few did not (only 5 minutes of questioning).”

It had also demanded that Air India allow all NPU students to board and will contact any airline that causes such problems for our students.

“We have learned that a small percentage of international students are being sent back to India, but only those that fail their immigration interviews,” NPU said.