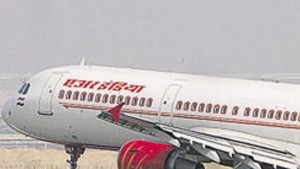 New Delhi, Dec 23 (IANS) The government on Wednesday issued an advisory to Indian students desirous of studying in the United States to perform due diligence before joining any institution in that country.

The advisory came after US immigration authorities deported 14 Indian students who had gone there to join two universities.

“In recent days, there have been several instances of denial of entry by the US immigration authorities to Indian students holding valid student visas to pursue studies in two educational institutions, namely the Silicon Valley University at San Jose and Northwestern Polytechnic University, Fremont (California),” the external affairs ministry said in a statement.

“The government of India has taken up this matter with the US government. We have asked the US authorities to explain the reasons for the denial of entry on a large-scale to Indian students holding valid visas,” it said, adding that the response of the US government was awaited.

It said till the time the matter was satisfactorily resolved, the students seeking admission in these two institutions were advised to defer their travel to the US.

“Apart from travel documents, the students should also carry all required documentation regarding their study plans, housing, financial support, healthcare arrangements etc. and be prepared for admission interviews with US immigration officials.”

Air India, in a statement, said it received a communication on December 19 from the US Customs and Border Protection agency that the two universities were under scrutiny and the students who arrived in San Francisco were not allowed to enter the US and were deported back to India.

“So far, 14 students who travelled on Air India flights to San Francisco have been deported,” the Air India statement said.

“Students travel on a one-way ticket to the US and in the event of deportation, the student incurs huge expenditure to buy a ticket back to India on the first available service. Further, seats are often not available on any airline to travel back.”

On Sunday, Air India stopped 19 students headed for these two institutions from boarding its flight to San Francisco.

“Considering the situation, as a precautionary measure and to avoid inconvenience, students booked for travel to take admission to these universities are not being accepted on Air India flights,” the Air India statement said.