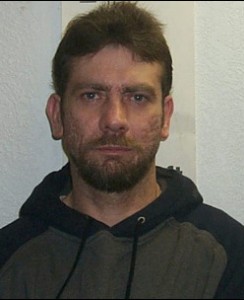 Washington, Dec 11 (IANS) An American man accused of viciously beating a Sikh cab driver while shouting anti-Muslim slurs in Washington state last year has been sentenced to 40 months in prison for a federal hate crime.

Prosecutors had asked for a four-year term for 50-year-old Jamie W. Larson of Federal Way city in the north western state while his defence lawyer had recommended a two-and-a-half-year term at Tuesday’s sentencing in Seattle.

“Larson used the most disgusting, ugly and racist language that I have heard in 30 years on the bench,” the judge said, according to a statement from the Department of Justice.

Larson pleaded guilty in June and apologised saying he was in an alcohol blackout when he attacked Hothi, who was driving him home after a drunken afternoon in Auburn Oct 17, 2012.

Larson, a 27-time convict and unreformed drunk who apparently believed Hothi to be Muslim, tore out chunks of his beard and caused internal injuries which saw the driver hospitalised for eight days and miss two months of work, prosecutors said.

During the attack, Larson was complaining that immigrants are “taking all of our jobs” shouted hateful comments about Arabs, Persians and, more generally, Muslims.

In a memo to the court, Assistant US Attorney Bruce Miyake noted the doubly misguided hate attacks against Sikhs are a regular occurrence.

“Intended or not, this attack conveyed a message that those of Middle Eastern descent and Sikhs do not belong in America and are unsafe here,” Miyake said in court papers.

“These types of attacks have become commonplace since Sep 11, 2001, when misdirected individuals or groups focus hate and violence on Sikhs and Muslims, believing these individuals to be associated with terrorism.”