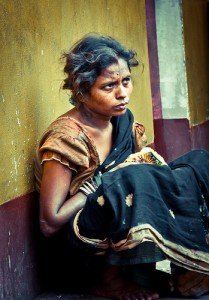 New York, Nov 26 (IANS) Re-uniting wandering mentally ill women with their families is ironically the reason why many of them end up homeless again, says an award-winning study by an Indian-American researcher.

Homeless, mentally ill women in India are victims of a vicious cycle, said study author Anita Rao from Loyola University’ Stritch School of Medicine in the US.

During psychotic episodes, they wander away from home and wind up in homeless shelters.

They then are returned to their families before undergoing sufficient psychosocial rehabilitation to deal with their illness. Consequently, they suffer mental illness relapses and wind up being homeless again.

“The study illustrates how there must be a balance between re-integrating homeless, mentally ill women with their families and achieving a psychiatric remission first,” Rao added.

India has a total homeless population of 78 million.

Four women had bipolar disorder, seven had schizophrenia and 10 had psychosis not otherwise specified.

The women had relatively short stays in the facility: ten women stayed one to 10 months and eight stayed 11 to 20 months, while only three stayed 21 months or longer.

This indicates women were reunited with their families either before they had achieved remission from their illness or shortly thereafter – regardless of whether they had undergone sufficient psychosocial rehabilitation or not.

The findings were presented at University of Oxford’s 2014 Mental Health Conference: A Global Focus.