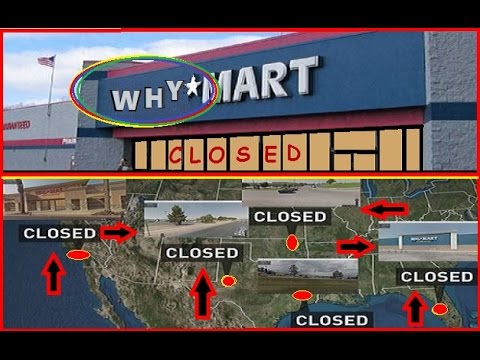 In a news release, the Bentonville, Arkansas-based company said it would close 154 stores in the US and 115 others abroad, including dozens in Brazil that had recently stopped operating.

The 60 stores shuttered in Brazil, a market in which the world’s largest retailer has made a big push in recent years, were losing money and represented only 5 percent of Walmart’s sales in that country, the release said.

The company said it had already been able to “relocate” most of the employees affected by the store closings to other points of sale.

The other 55 stores to be closed outside the United States are mostly “small, loss-making stores in other Latin American markets,” the release said.

The remaining closures will begin at the end of January and in the United States will mostly affect Walmart’s smallest format stores, Walmart Express, which had been launched as a pilot program in 2011.

The US closures also include seven stores in Puerto Rico (affecting 400 workers), where the retailer – the island’s largest with 55 establishments and 15,000 employees – sued the local government last month over a sharp rise in a tax on goods flowing from the group’s distribution centers in the mainland United States to its subsidiary in the US commonwealth.

Also Friday, Walmart announced that as many as 405 new stores would be opened worldwide during its next fiscal year, with a focus on large warehouse stores and suburban areas.

“Actively managing our portfolio of assets is essential to maintaining a healthy business. Closing stores is never an easy decision, but it is necessary to keep the company strong and positioned for the future,” Wal-Mart Stores President and CEO Doug McMillon said in the release.

The stores targeted for closure represent just a small fraction of Walmart’s nearly 11,600 stores worldwide and account for less than 1 percent of global square footage and revenue, the retailer added.

Walmart’s share price on the New York Stock Exchange closed down 1.79 percent at $61.93 on Friday, part of a wider market plunge that saw the Dow fall by 2.39 percent.

India to open up dairy, poultry markets for US