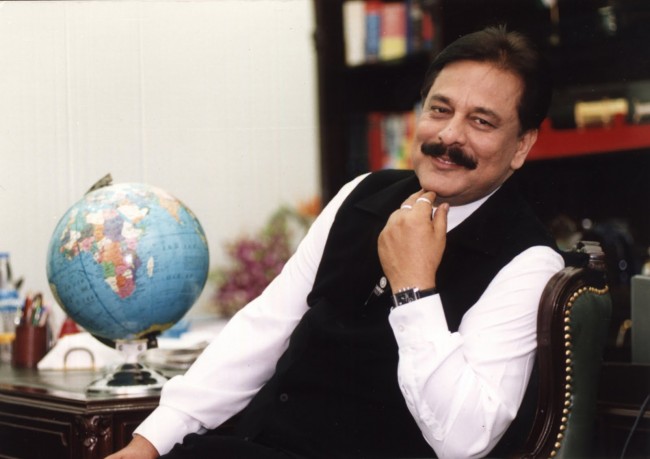 Washington, Jan 21 (IANS) A syndicate of five UK and US investors who have come to the rescue of embattled Sahara group chief Subrata Roy with a $2 billion loan offer hope to clinch the deal by Feb 20.

The investment by Mirach Capital Group, which has been specially formed for the execution of this deal, “is not into the Sahara Group, but a loan against the hospitality properties,” its CEO Saransh Sharma told IANS in an email interview.

“The loan may also represent the opportunity for acquisition, in the event Sahara is not able to repay the debt,” said US based Sharma, who is currently in India.

“The properties represent marquee assets valued far beyond the 2 billion dollar loan. The negative attention around Subrata Roy’s trials has distressed these assets, and Mirach sees a valued opportunity to potentially acquire them at a discount,” he said.

Roy, who has been locked up in New Delhi’s Tihar Jail since March on the Supreme Court’s orders for Sahara’s failure to refund investors needs to raise about $1.6 billion to secure his release on bail. With special permission of the apex court, Roy has been trying to raise the money by negotiating from jail the sale of properties.

These include the Plaza Hotel in New York, the Grosvenor House Hotel in London, Sahara Star in Mumbai and Aamby Valley resorts in Maharashtra.

The total loan package is $882 million to Bank of China, $650 million to Sebi-Sahara fund and $450 million which is divided into two of $180 million to Sahara Star and $270 million to the resorts silo of the Aamby Valley project, Sharma told IANS.

Mirach Capital Group is a special purpose entity representing a syndicate of five investors from the UK and the US, Sharma said.

It was specially formed for the execution of this deal, and represents this consortium of investors.

Mirach was formed only a few weeks ago as a Delaware limited liability company (Llc) with a couple of other Llcs in Nevada and Miami because one of the investors is a Vegas-based group and the other is in Miami.

There’s another Mirach which has been incorporated in the UK to take in the capital from investors there.

Sharma said at this juncture, he cannot disclose the names of the company’s investors as it could potentially damage deal negotiations.

Mirach was currently in the process of completing definitive documents, he said. Upon completion and execution of required paperwork, the deal will be closed.

Given the multi-jurisdictional complexities of making a loan and investment in three countries across five properties, the transaction and its respective paperwork is quite complex, he said.

“Typically, a transaction this complex tends to take 90 to 180 days for completion.

“However, our attorneys are striving to complete this transaction within 30 days,” he said anticiapting the deal to be completed by Feb 20.