Atlanta, GA: A picture is worth thousand words. On Sept 19th, the Facebook lit up with thousands of pictures worth millions of words, echoing the motto of Vibha DreamMile – a few miles for a million dreams! There were pictures of families together in DreamMile shirts, serious runners sprinting their way to the finish, grandparents showing off their trophies in their age categories, and volunteers with wide smiles.  All of them had one thing in common – a sense of purpose, and a determination to make a difference! 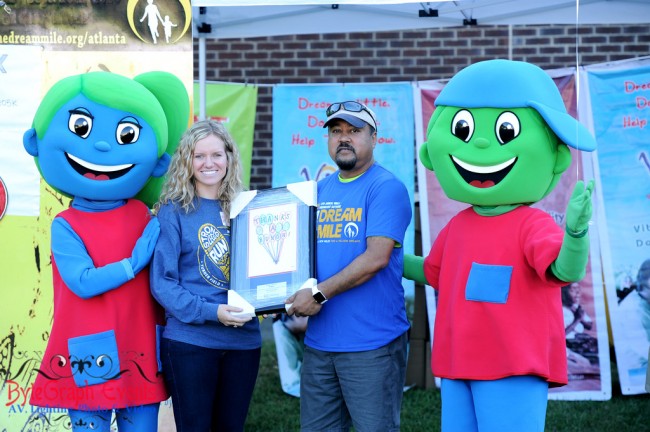 More than 2000 people participated in the 17th Annual Vibha DreamMile. Hundreds of families came together,  some of them taking part in the more strenuous 10K Run, some in the 5K Run and a majority of them of all ages starting from babies in strollers to 75+ year olds participating in the 5K walk. The combined energy, enthusiasm and the positive spirit in the air was of highest standards – all for the cause of the underprivileged children in India and for the benefit of Children’s Health Care of Atlanta.

On that glorious Fall Saturday morning, all the participants made their way to The Collections at Forsyth and were greeted by decorated surroundings and attentive volunteers.  By 7.45 AM, the whole place was bristling with anticipation and excitement, with the 10K runners doing their warm up jogs and others participating in the exercise routines.   The 10K race was promptly kicked off at 8AM by Naveen Miglani, Co-Founder of Splash BI Technologies. The 5K Run was flagged off at 8.15 by Ram Ganeshan, CEO of Datum Software and Dr. Veena Bhat of North Fulton Smiles. When Ramesh Maturi, Co-Founder of Pyramid Software and Rob Thomas (SVP Global R&D) of Manhattan Associates flagged off the huge contingent of 5K walkers at 8.20, the sight of hundreds of participants walking past the start line can only be seen to be believed. 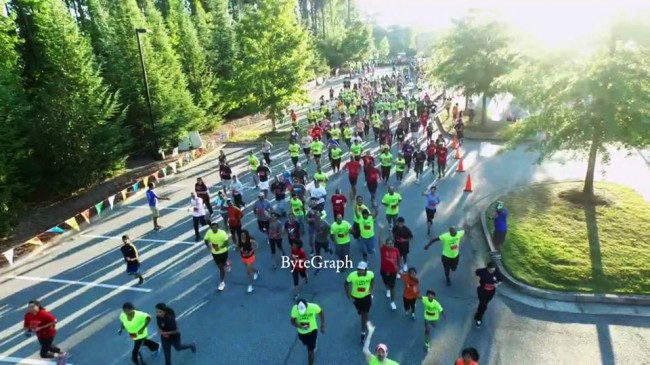 The Prize distribution ceremony started with Forsyth County Sheriff Duane Piper’s enthusiastic endorsement of DreamMile. “We are very happy that the DreamMile event came to Forsyth and it is growing,” he said. Piper hoped that the event stays here and grows to be one of the premier races inAtlanta.  He gave away the prizes for the winners of the 5K race. Kohki Ishii and Jayant Parimi bagged the top honors in the overall male category and Dacey Fenton and Katie Harris got the top two prizes in the overall women’s category. Rama Vavilala and Pandian Chandrasekharan in Men and Amita Edara and Susan Tanner in Women won in the 5K Run Masters categories.

The Chief Guest for the Event, Michael Williams, GA State Senator representing the Forsyth County, addressed the gathering and congratulated the volunteers and participants for being part of DreamMile that is helping global and local communities. He gave away the volunteer awards and the youth awards.  Durgesh Das, the Atlanta Action Center Coordinator was given the “Volunteer of the Year” award. Prasoona Kota, the volunteer Management Coordinator and Kishore Krishnan received the special Recognition awards. “Youth Volunteer of the Year” was given to Jai Mareddy from Alpharetta High School and the Star Youth Award was given to Rohan Srivastava from Chattahoochee High School. Dr. Veena Bhat of North Fulton Smiles was thanked with an appreciation plaque for all her support over several years.

Before giving away the 5K Walk awards, Pramod Sajja, President of Paramount Software Solutions, title sponsor for DreamMile expressed his deep appreciation for the cause and said “Children are the gifts that shape up tomorrow’s world. Every child deserves a fair shot at life. Vibha taking up the herculean task of uplifting the lives of underprivileged children is no less than God’s work. Paramount Software Solutions is proud and privileged to be associated in this journey”.

“I’ve been to several other walks/runs in the Atlanta area, but the Vibha DreamMile is certainly one of the best organized ones! Kudos to the team!,” said NRI Pulse editor Veena Rao, who participated in the 5K for the first time.

DreamMile is a much anticipated event for participants and volunteers alike. It brings out the best among everyone involved and the positive energy is ultimately reflected in the lives being changed in India and USA. Vibha is currently supporting 30 projects spread in 11 states of India and 6 projects in USA, reaching more than 50,000 children. Some of them – Sikshana (Bangalore) and DoorStepSchool(Pune) – have been scaled up and also replicated in other states of India. For a full list of projects and to contribute to the cause, please visit www.vibha.org.

The volunteers of Vibha, in addition to fund-raising events, participate in a number of local hands-on volunteering efforts, directly supporting the local charities. Vibha clubs have been started in Northview, Chattahoochee,South Forsyth, Lambert High schools with a goal to create platforms for volunteering. These young volunteers are carrying forward their effort with chapters in Georgia Tech and UGA. Volunteering in Vibha is about having fun while making a difference, as can be seen in all those bright smiles on the faces of the volunteers. Join the team at volunteer@vibha.org. 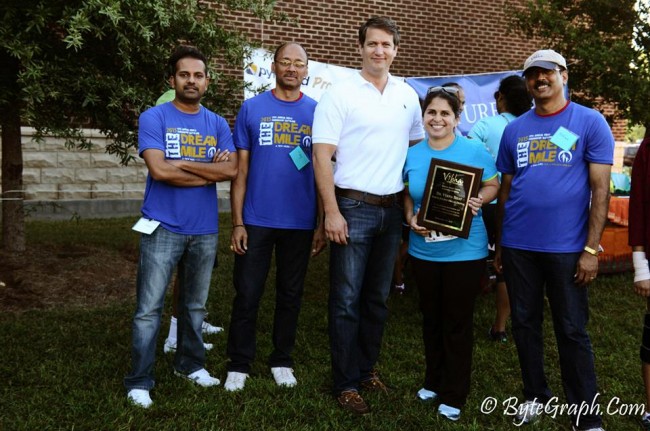 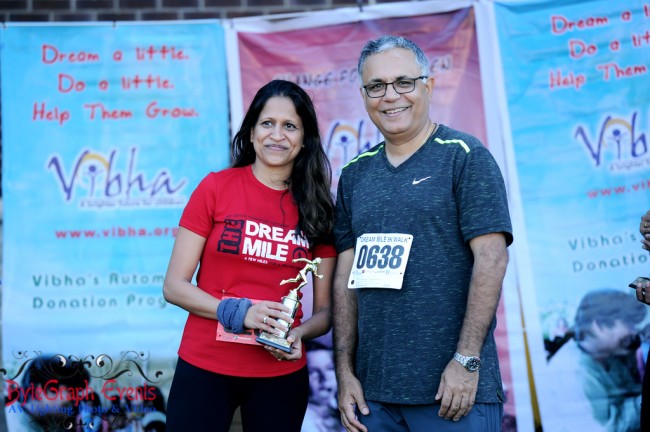 The Problem with Standardized Tests