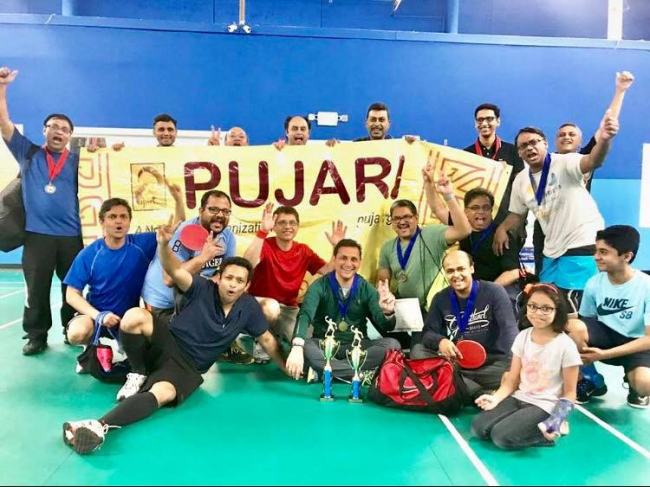 Atlanta, GA, May 7, 2018: Pujari, Atlanta’s Bengali socio-cultural nonprofit organization, hosted a badminton and table tennis tournament for its members on March 31 and April 1.   The event became a huge success with around 100 participants including players, family and volunteers. Pujari’s mission is to promote Bengali and Indian culture by organizing various cultural and community events. Beginning last year, Pujari has begun to host sports events for its members. This was their first member exclusive badminton and table tennis tournament.

Badminton is a popular sport in Kolkata, especially for the winter months. This event brought reminisces of the old memories that many grew with. 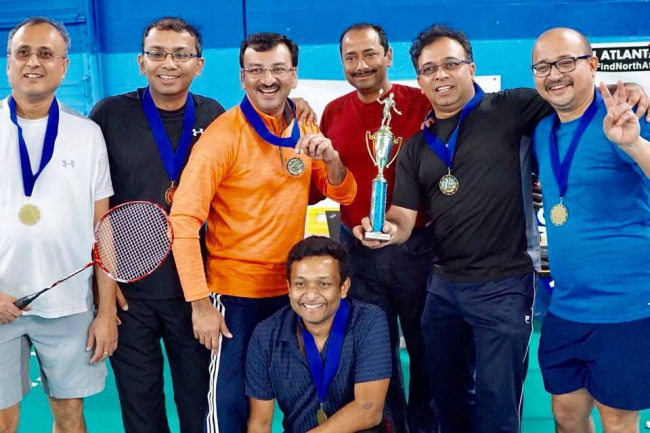 The tournament was team based to involve players from all levels. There were four teams and each team had six players. Players of similar level played against each other. Each game was of a single set, and the player winning the set won the game. All points were counted- thus each player could earn a maximum of 21 points for their team. This ensured that all games were equally important, and each player, irrespective of their ability had fun, and played an equally important role.

The badminton tournament was very well contested. Players of most teams were seen in the ABC many days of the week, practicing. Many took private lessons from the head coach Sai as a preparation for the event. 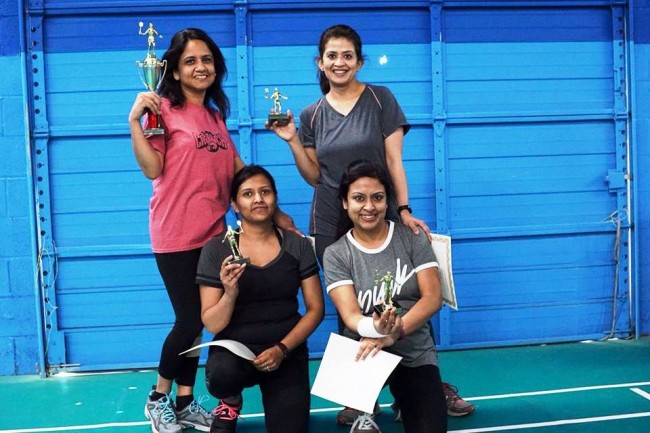 The event generated great passion and comradeship, as well as a healthy competition.

The badminton event was won by Group B comprising Nachiketa, Arunavo, Sougato, Arnab, Ankur, and Sam won the event with great all-around display. Their captain Nachiketa, led the team well and marshalled all his players effectively.  There was tough fight for the second spot between Group A and Group D. Finally, Group A, comprising Pancho, Souren, Suddhasish, Pabitra, Kingshuk, and Prasenjit prevailed with dogged determination. Pancho, Group A’s captain caused major upset by winning against Nachi and Neil, the two best badminton players in Pujari. He eventually won all 6 of his matches (21-9,21-18, 22-20, 21-8, 21-7), and helped Group A secure the second position. The women’s badminton was won by Mohana with 96 points. Mayuri got 87 points and came second, followed by Sukanya with 80 points.

The table tennis tournament was won by the team Ping Panthers comprising Sachin,

Raja, Ambarish, Joyjit, Suddhasish & Kaushik. It was a great contest and all players showed full commitment and sportsmanship. 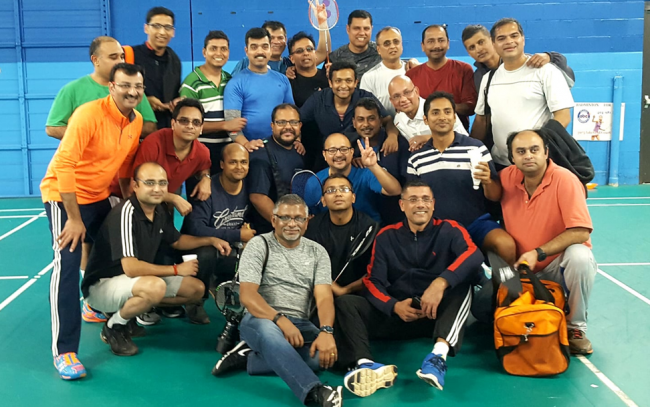 In the end, all were happy. These was two days of great fun. The families came to cheer the players and the teams. Chandra, the owner of ABC was there all along and supported the endeavor. Pujari’s president Raja Roy, and Kallol Nandi distributed prizes to the winning teams at the end.  Everyone praised Ankur Sur, the chief organizer, along with Nachiketa Nandi for making this event possible.