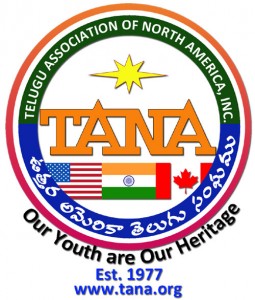 Washington, Oct 20 (IANS) Telugu Association of North America (TANA), the oldest and the largest association of Telugu people outside the Telugu states, is raising funds for the development of Amaravati, the new capital of Andhra Pradesh.

TANA will accept donations from all non-resident Telugus who are interested in contributing to the capital fund and to the new ‘My Brick – My Amaravati’ campaign on the eve of the Foundation Ceremony for the new capital on October 22.

A campaign – My Brick, My Amaravati, has been launched at amaravati.gov.in for interested public to sponsor ‘bricks’ with each brick at Rs.10.

That web site, however, is not yet enabled to collect funds from people outside India, TANA president V. Chowdary Jampala said.

There are many non-resident Telugus in North America that wish to make their share of contributions to the development of the new capital and participate in this campaign.

TANA, which has been raising funds for the development of the new capital of Andhra Pradesh from May last year will facilitate this and accept donations from anyone who wishes to donate to the current campaign, Jampala said.

TANA will present the amount collected to the government of Andhra Pradesh along with a list of all donors.

Donations can be made from the web site www.tana.org/donate and selecting ‘Capital Development Fund – AP’ from the drop-down box. It is estimated that each dollar of donation counts towards six bricks.

Donations through checks written in the name of TANA can be mailed to TANA, 26233 Taft Rd, Novi, MI 48374, the announcement said.

Kid gets a shout-out from Obama