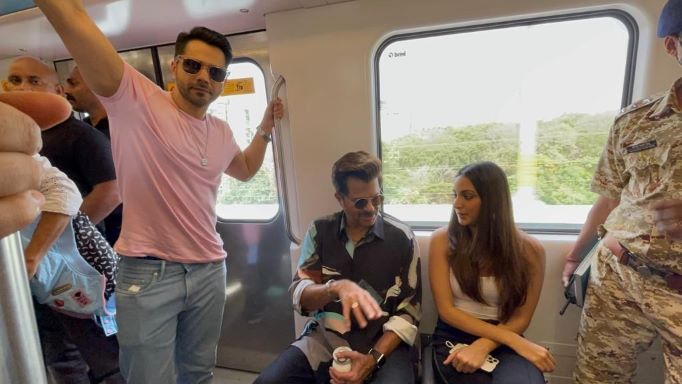 Mumbai, June 14 (IANS) Actors Varun Dhawan, Kiara Advani and Anil Kapoor were seen racing against time as they took the Mumbai Metro to save time from traffic amid the promotions of their upcoming film ‘JugJugg Jeeyo’.

On Tuesday, while shooting for a reality show in FilmCity in Mumbai, the three actors decided to ditch their cars to commute.

After wrapping the shoot for ‘Superstar Singer 2’ in Goregaon, the actors had to reach Dahisar to be on the sets of a Marathi show ‘Chala Hawa Yeu Dya’. So, to save time and beat the peak hour traffic, they took the Metro.

A clip shows Varun standing while Anil and Kiara are seen sitting in the Metro. Varun is heard saying that the Mumbai Metro has been maintained well and made very nice.

Directed by Raj Mehta, ‘JugJugg Jeeyo’ is slated to release in theatres on June 24. The film also stars Neetu Kapoor.

Indian idols traced to museums in the US, probe commences