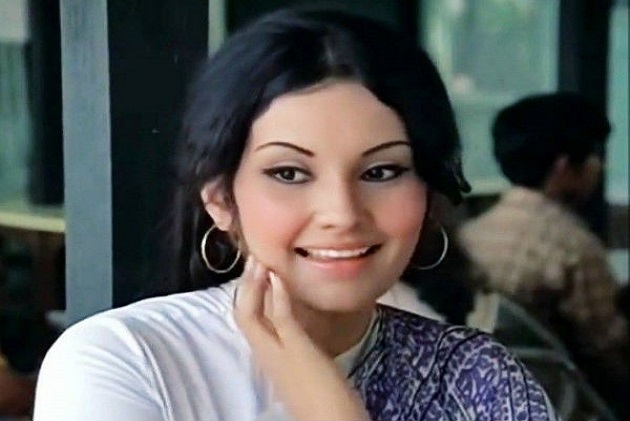 She was the girl next door for an entire generation of Bollywood fans. Long before Vidya Sinha became a household name for GenNow viewers playing the soap grandma on shows such as “Kkavyanjali”, “Qubool Hai” and “Kullfi Kumarr Bajewala”, she rose to unlikely stardom in the seventies. In an era when the Bollywood heroine was getting a dash of emancipation and westernised oomph, Vidya was the sari-clad Bharatiya naari who exuded resolve and resilience on screen.

Vidya Sinha was an exception in Hindi commercial cinema for more than just that. She was unconventional in her choices in life as well as career, and the way she balanced both. She was already married when she shot to stardom doing “Rajnigandha” in 1974. Her first marriage happened in 1968, to Venkateshwaran Iyer, and the couple remained married till his death in 1996. Which means Vidya remained married all through her heydays as a star e something unthinkable back in the seventies, when actresses were known to marry in secret, since a marital status becoming public could affect stardom.

The quintessential Indian woman she represented became her USP, and she found ready roles in the genre of middle-of-the-road cinema e the seventies equivalent to the new-age multiplex movie, made on medium budget and flaunting no superstars, but banking entirely on content. Basu Chatterjee, a connoisseur of the genre, frequently cast her in his films.

Chatterjee’s cinematic idiom blended humour with gentle drama that reflected a socio-cultural comment on the times and its people. Vidya, with her believable image as a girl next door, became a talisman of sorts for the filmmaker’s works, along with actors as Amol Palekar and Sanjeev Kumar, who also exuded a similar image of realism through their acting.

The seventies in fact marked Vidya’s top form. In 1977, she balanced a realistic entertainer as Gulzar’s “Kitaab” (1977) with Raj N. Sippy’s action thriller “Inkaar”, starring Vinod Khanna and based on Akira Kurosawa’s High And Low.

Vidya Sinha is still recalled for her natural style of acting, in an era when being over-the-top with histrionics was considered the badge of success in commercial Hindi cinema. She owes her ease before the camera probably to two factors e she was born in a film family, and had a brief stint of modelling before entering films.

Her run-up to modelling was an outcome of being crowned Miss Bombay. The victory brought offers from several brands in its wake.

It was during this phase that Basu Chatterjee spotted her and cast her in his 1974 film, “Raja Kaka” opposite Kiran Kumar. By the time he cast her again in “Rajnigandha” later in the same year, Vidya was already a star.

Not many know Vidya had a small role in Satyajit ray’s 1962 classic, “Kanchejungha”. She made a mark in a career where she played the heroine over just about 12 years.

By the eighties, trends were changing, and she had to find room for experimenting. An interesting departure in terms of image was Raj N. Sippy’s 1981 action drama, “Josh”, which cast Vidya in a negative role.

Vidya’s last prominent release on the big screen was the Salman Khan-starrer “Bodyguard” in 2011, where she had a supporting role. Lately, she had been one of Indian television’s favourite screen grandmothers.

Realising her space in Bollywood was shrinking, Vidya gave it all up by the nineties. In 2001, she went for a second marriage with an Australia-based doctor named Bhimrao Salunkhe. The couple got divorced in 2009, after Vidya complained of domestic abuse.

She is survived by a daughter, Jhanvi.