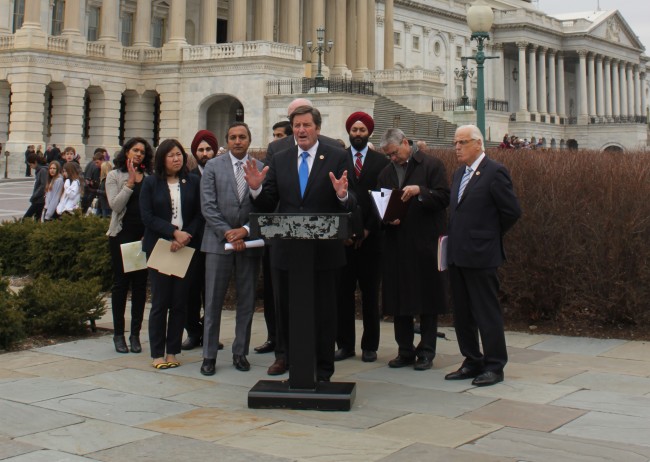 Washington, April 14 (IANS) Sixteen US lawmakers led by Democrat John Garamendi have introduced a resolution in the US House of Representatives, honoring the Sikh community’s celebration of Vaisakhi.

The bipartisan resolution was co-sponsored among others by the lone Indian-American Congressman Ami Bera, Democratic co-chair of the Congressional Caucus on India and Indian Americans, one of the largest in Congress with more than 180 members.

“America’s founding ideals of freedom of worship, equality, and justice are reflected in the Sikh American community’s celebration of Vaisakhi,” said Garamendi, co-chair of the American Sikh Congressional Caucus.

“I am proud to represent one of the largest Sikh communities in the country. I have partnered with the community on many issues, including civil liberties, education, and business development,” he said.

“Sikhs are an integral part of the American fabric, and we invite our fellow Americans to learn more about their Sikh neighbours by visiting their local gurdwaras and partnering with us on community service projects,” said Rajdeep Singh, senior director of law and policy at the Sikh Coalition.

The resolution notes that Sikhism founded in the Punjab region of South Asia over five centuries ago was introduced to the US in the 19th century.

Sikhism is the fifth largest world religion with approximately 25 million adherents from diverse backgrounds throughout the world, including 500,000 adherents in the US, it said.

Sikhs in the US pursue diverse professions and walks of life, making rich contributions to the economic vibrancy as farmers, engineers, doctors, scientists, and business owners, the resolution noted.

Sikh Americans continue to make strides toward securing religious liberty as patriotic members of the US Armed Forces, it said.

Noting that Vaisakhi is one of the most religiously significant days in Sikh history, commemorating the creation of the Khalsa, a fellowship of devout Sikhs, by Guru Gobind Singh in 1699, the resolution wished the Sikh American community a joyous Vaisakhi.