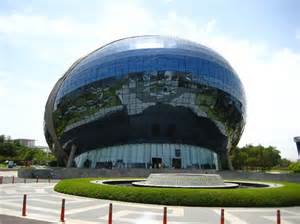 Bengaluru, June 23 (IANS) Global software major Infosys Ltd paid $1 million (Rs 65 lakh) to settle a litigation on the alleged abuse of visa rules, said New York State Attorney General Eric T. Schneiderman on Friday.
“Infosys has agreed for a $1 million settlement for failing to follow US visa requirements for foreign workers and placing them in New York jobs without paying prevailing wages and taxes owned on them,” said Schneiderman in a statement from New York.
In response, the city-based IT major said the settlement related to legal issues already resolved under the 2013 settlement with the US Department of Justice and was reached by both parties to avoid protracted litigation.
“The agreement concludes the State of New York’s investigation relating to the amount of taxes the company paid in 2010-2011 without any criminal or civil charges being filed. While this investigation centred on alleged paperwork errors, we committed no wrongdoing and deny all allegations made in this regard,” said the company in an e-mail to IANS.
Infosys also asserted that it maintained robust policies and procedures to ensure adherence with all applicable regulations and laws.
“We will continue to focus on boosting American innovation, hiring American workers and better serving our valued customers across the US,” it added.
Schneiderman, however, clarified that the settlement resolved a whistleblower’s claims that Infosys brought foreign IT personnel into New York to perform work in violation of the terms of their visas.
Infosys has a significant presence in New York State and provides consulting and outsourcing services to many New York-based clients in the financial sector, among other industries.
To perform the services offered by it, its foreign workers needed H1-B visas. But to avoid the difficulty and expense of obtaining such visas, the company knowingly and unlawfully obtained temporary visitor visas (B-1 visas) instead, as they are much easier to secure.
“We will not permit companies to violate our laws in order to undercut New York workers. My office is committed to ensuring that our state’s labour marketplace is fair, competitive and transparent for all,” said Schneiderman.
“As B-1 visas apply only to visits, its holders are not permitted to perform work of the kind Infosys workers were sent to New York to do and they are not subject to the H1-B prevailing wage requirements,” he said.
Infosys workers using B-1 visas were doing work that would otherwise have been performed by US citizens or H1-B visa holders and were paid less than what comparable US workers or H1-B visa holders would have been paid in the same positions.
“Consequently, New York was deprived of taxes that should have been paid on the higher wages that Infosys avoided by its misconduct. The settlement includes a recovery to the State for tax damages and applicable New York False Claims Act damages and penalties,” he said.
The AG’s investigation also found that Infosys provided instructions to its employees on B-1 visas on how to deceive US consular officials and/or customs and border protection officers.
“This conduct included creation of a ‘do’s and don’ts’ memorandum that was provided to Infosys employees entering the US and that explicitly instructed them to avoid talking about the work they were doing,” he added.
The settlement is the latest tax-related recovery resulting from an action filed under the New York False Claims Act.

Tubelight shines but with low voltage