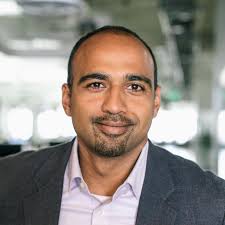 The exit of Rishi Garg, Twitter’s head of mergers and acquisitions, comes weeks after Twitter said it is replacing its CEO Dick Costolo with co-founder Jack Dorsey as an interim CEO, USA Today reported.

“I am off to pursue some exciting new projects; more soon! #staytuned,” Garg added

He joined Twitter in May 2014 from the firm Square where he was head of corporate development.

Before that, Garg was an entrepreneur in General Catalyst Partners, Google and MTV Networks.

“Our team has built a stronger Twitter with a dozen acquisitions in the last year including @periscopeco,@zipdial,@tellapart, @joinniche,” Garg’s post read.

“It’s been a privilege to bring incredible entrepreneurs into the #flock like @kayvz, @crazyfoo, @valwagoner, @jeffma, @dlach5, @gabor.”

“I can’t wait to witness the company’s next chapter under @jack, a truly gifted leader and human being,” he added.

In latest developments, Twitter said it is looking for a CEO with a “full-time commitment” to run the service.

The board has formed a search committee and hired executive search firm Spencer Stuart to find outgoing CEO Costolo’s replacement.

The board said it will be looking at candidates both inside and outside of Twitter and would take the time necessary to find the right person, CNET reported.

With Twitter chairman and co-founder Dorsey taking the reins as interim CEO on July 1, there is speculation that he could make the job title permanent.

Remembering Pancham: The man, the musician, the legend

Vishal Garg-led Better.com lays off thousands of workers in the US and India