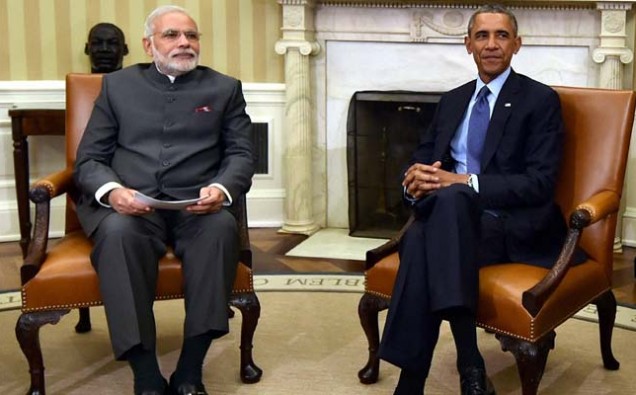 Washington, Jan 22 (IANS) Ahead of President Barack Obama’s trip to India, US officials have described it as an “important message” to the world about the two nations’ commitment to realise the full potential of their relationship.

The first state visit he hosted at the White House was for the then Indian Prime Minister Manmohan Singh, he noted.

Obama himself travelled to India in the first part of his first term inoffice, he said in a media preview of the three day visit beginning Sunday to become the first American leader to be he the guest of honour at India’s Republic Day.

“That’s rooted in the belief we have that US cooperation with India can significantly advance our interests in terms of promoting economic ties and increased exports to a growing market,” Rhodes said.

“That’s based on our belief that our Asia Pacific policy benefits from closer ties with India, and it’s also based on our cooperation on broad ranges of global issues,” he said.

Since his victory in the last Indian election, Prime Minister Narendra Modi has made clear his interest in expanding US-India relations, Rhodes said.

After his very successful visit, Modi took the “unprecedented step of inviting President Obama to be the chief guest at India’s Republic Day celebrations,” he said describing it as “an enormously important event for the Indian people.”

For “President Obama to be invited as the first US President to attend as the chief guest sends a very important message to the world as well as to the American and Indian people about our commitment to embrace the potential of this relationship,” Rhodes said.

“There’s extraordinary potential in this relationship,” he said. “What we want to do is turn that potential into concrete benefits for both of our peoples.”

The trip, Rhodes said, “comes at a time when we have a growing agenda with India.

“And a lot of what the President wants to get done over the course of the next two years will benefit greatly from closer cooperation with India.”

Phil Reiner, Senior Director at the National Security Council for South Asia, called it “a seminal moment in the bilateral relationship, and that the extension of this invitation by the Prime Minister really continues to set a different tone for our reinvigorated partnership.”

Noting that “terrorism is an issue that can unite people who have faced traditional divides,” Rhodes said the US had “encouraged India and Pakistan to pursue a dialogue to resolve their bilateral issues, and have been very supportive of that process.”

He acknowledged that some Pakistan based militant groups “have a nexus to many different organizations that have threatened India, the United States and, again, importantly, the Pakistani people as well.”

Asked if the US had wrestled with the diplomatic implications of going to India without going to Pakistan, Rhodes described the US-Pakistan relationship as “incredibly important to our shared security.”

US & UK investors hope to clinch Sahara deal by Feb 20