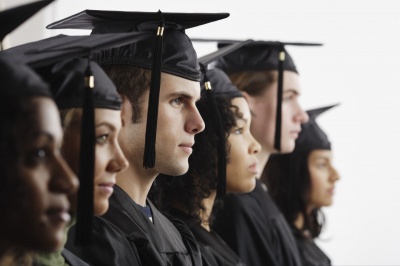 New York: (IANS) The US Supreme Court is set to take up next week a case challenging the legality of reservations based on race in colleges and university admissions that adversely impact the Indian diaspora.

The case questions the use of race as a criterion for admission by Texas University in affirmative action programs saying it violates the constitutional guarantee of equality for all. Universities say they are meant to help disadvantaged communities like those of African Americans, Latinos and Native Americans and to ensure diversity. The use of race in admissions sometimes turn into racial quotas similar to caste-based reservations in India and hurt Indian Americans and other Asians.

Indians, along with other Asians, are treated as the equivalent of a most-forward community and are therefore affected even more than whites when quotas are used by universities. The universities assert that quotas or similar affirmative action programmes are needed to ensure diversity in the student body.

Because of this Asians have been required by some of the top universities to score much higher than whites in the Scholastic Aptitude Test (SAT), a common entrance exam, which is one of the determinants of admission. This is meant to prevent the student body being dominated by Asians, who get higher SAT scores and school grades.

If the Supreme Court prohibits using race as a factor for admissions in the Texas case, more high-scoring Indians and other Asians will be able to enter Ivy League and other elite universities purely on their merit.

The case that the Supreme Court is to hear was brought by a white woman who said the use of race violated her right to equality guaranteed by the US Constitution as many who ranked lower than her were admitted while she was turned away.

Indian diaspora organisations, along with other Asian groups, have complained to the federal government about what they said was the discrimination faced by students from their communities in admissions to Harvard University.

Community leader Thomas Abraham told IANS, “Our children compared to white students have to be much ahead to get admission. Even if they are at the top of the class and have outstanding extracurricular activity record, they still face discrimination in admission.” He added, “My own daughter felt this when she applied to colleges.”

This was because universities were using intangible ways of grading to eliminate qualified students from Asian communities, he said. “We only want that the most qualified students should be admitted on the basis of uniform criteria and the right to equality guaranteed by the Constitution,” he added.

Abraham is the founder-president of the Global Organisation of Persons of Indian Origin, a former president of the National Federation of Indian-American Associations and a board member of the American Society of Engineers of Indian Origin. These three organisations, along with the BITS Sindri Alumni Association of North India, were signatories to the complaint against Harvard, which was seen as the starting point in their campaign to deal with the problem in all institutions.

The complaint said, “Many Asian-American students who have almost perfect SAT scores, top 1 percent GPAs (grade point average), plus significant awards or leadership positions in various extracurricular activities have been rejected by Harvard University and other Ivy League Colleges while similarly situated applicants of other races have been admitted.”

It cited a study by a Princeton University academic that found Asian-American students had to score 140 points more in the SAT than whites for admission to some elite universities.

The Federal Office of Civil Rights dismissed the complaint because it said a federal case on similar grounds was filed last year by another group, Students for Fair Admissions (SFFA), against Harvard and its outcome will be binding. That group has also filed a similar case against the University of North Carolina at Chapel Hill.

Harvard University has asked the court hearing the case against it to delay the proceedings till the Supreme Court decides on the Texas University case. Therefore, Supreme Court ruling will determine how Indian-American and other Asian-American students are treated in college and university admissions.

Quotas were used in first half of the last century against Jews because of their high academic performance compared to that of Christians. In its court filing SFFA accused Harvard of “using racial classifications” for “the same brand of invidious discrimination against Asian Americans that it formerly used to limit the number of Jewish students in its student body.”