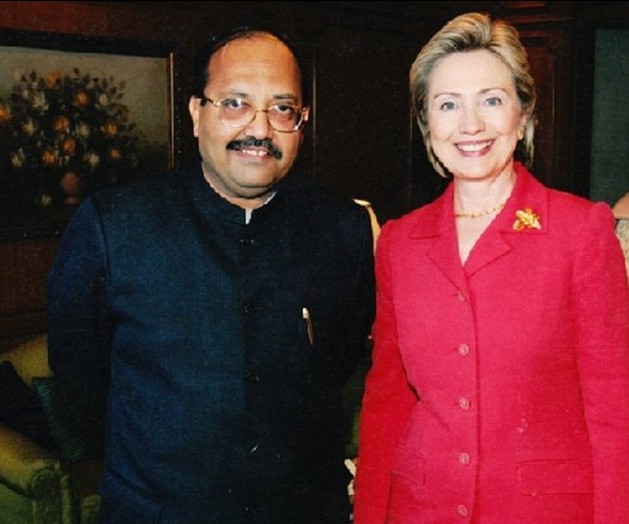 Washington, April 29 (IANS) With Hillary’s presidential campaign under media scanner, a US newspaper has reported that her family foundation received $5 million donation from an Indian politician as the US debated the 2008 India-US nuclear deal.

Amar Singh, the then the general secretary of India’s Samajwadi Party, contributed between $1 million and $5 million to the Clinton Foundation in 2008, the New York Post reported Tuesday citing a new book.

The size of the donation relative to Singh’s net worth raised questions about whether Singh was the true source of the cash, according to “Clinton Cash” author Peter Schweizer as cited by the Post. The 2008 contribution was made as the US Congress debated the approval of the landmark India-US civil nuclear deal which then-Senator Hillary Clinton eventually supported, the New York tabloid said.

She met with Amar Singh in Washington in September 2008 to discuss the legislation.

Schweizer, according to the Post speculates on whether Singh was a conduit for other powerful interests in India pushing for approval of the nuke deal.

“Singh’s donation was treated with suspicion and amusement in India,” the paper said noting that Singh, in his own financial disclosure statement filed with the Indian government, reported his total net worth was approximately $5 million.

“If true, that meant Singh had given between 20 and 100 percent of his entire net worth to the Clinton Foundation!” Schweitzer was quoted as saying.

For his part, Singh told some ministers that his name was listed by the Clinton Foundation because he had “facilitated the payment and, therefore, it ‘erroneously’ appeared in the records,” according to the book.