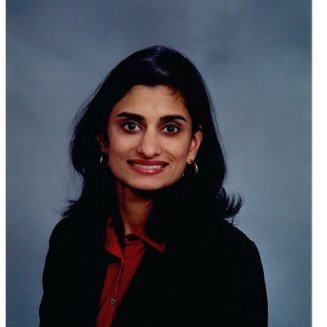 New York, Nov 29 (IANS) President-elect Donald Trump selected a second Indian American, Seema Verma, on Monday for a high-level position in his administration, assigning her “to the dream team that will transform our healthcare system,” a major campaign promise.

Verma, who has worked closely on healthcare with Vice President-elect Mark Pence in Indiana state, is to be the Administrator of the Centers for Medicare and Medicaid Services overseeing government health insurance programmes.

With a track-record of developing Republican-friendly healthcare programmes, she will play a crucial role in carrying out the high-priority Trump campaign promise of scrapping President Barack Obama’s healthcare programme, popularly known as Obamacare, and replacing it with “something better.”

Last week Trump announced that South Carolina Governor Nikki Haley will be the United States Ambassador to the United Nations, a cabinet-level post.

Although Verma’s job is not of cabinet rank now, it has great political importance and she will be in the national spotlight because she will be working on the controversial Republican vow to end Obama’s signature healthcare programme, which attempts to make affordable health insurance available to all, and come up with a new model.

“I look forward to helping him tackle our nation’s daunting healthcare problems in a responsible and sustainable way,” Verma said after Trump’s announcement.

The Medicare programme that she will oversee provides insurance for over 46 million retirees and senior citizens, who are a politically powerful block, and Medicaid, which covers the poor, has about 60 million people enrolled in it. Together they are about a third of the US population.

Additionally now, she will have to help shape a programme for those who are outside of these two programmes and do not get health insurance from their employers.

Her appointment was welcomed by Ajay Lodha, the president of the Association of American Physicians of Indian Origin. “The Indian community of physicians is very excited by the appointment of an Indian American to this high-level position by Present-elect Trump,” Lodha told IANS.

“We will support her endeavours,” he added. “We expect her to make Medicare more patient-friendly, especially in reforming the part of it that provides medicines.”

There are nearly 60,000 doctors of Indian descent working in the US, making them an important constituency for healthcare reforms.

Verma will be working with Congressman Tom Price, the House Budget Committee Chairman, who is to become the Secretary of Health and Human Services, a cabinet-level position.

Announcing his intent to nominate them, Trump said: “Together, Chairman Price and Seema Verma are the dream team that will transform our healthcare system for the benefit of all Americans.”

About Verma, Trump said: “She has decades of experience advising on Medicare and Medicaid policy and helping states navigate our complicated systems.”

“She has ideas on how to make healthcare more affordable and available to all in line with the Republican Party goals,” A.D. Amar, president of Indian Americans for Trump, told IANS.

Trump has said that while he wants to abolish Obamacare, he gave the assurance that Americans will not be left by the roadside, Amar said. Verma who has pioneered in healthcare reforms in Indiana, will make sure that there is a replacement model that meets Trump’s aspirations, he added.

Verma, who heads a healthcare consulting company, SVC Inc., helped develop a public healthcare system in Indiana for implementing Obamacare. Among other things, it requires those using it to make contributions to it, even if it is a dollar for the poorest, which is opposed by many Democrats.

She has also consulted with other Republican-run states on healthcare issues.

Verma was awarded the Indiana state award, Sagamore of the Wabash, by Pence.