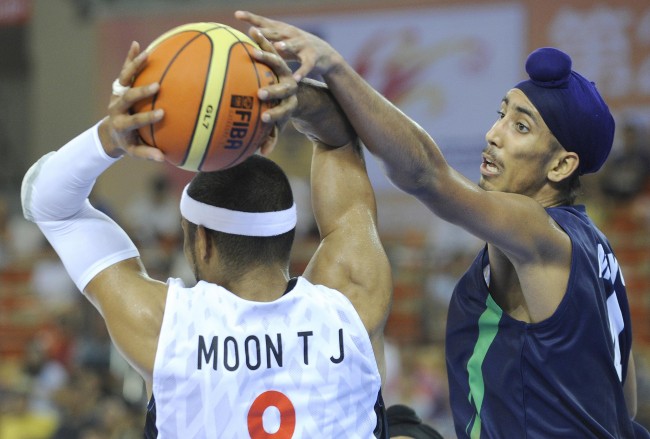 “Every day FIBA delays is another day that Sikhs can’t play,” Democrat House members Ami Bera and Joe Crowley, formerly chair of the India Caucus, said in a statement Thursday after the International Basketball Federation’s (FIBA) announcement that its governing board would delay a review of its headgear policy.

“Allowing Sikhs to play while wearing their turban is a no-brainer, and we’re disappointed that FIBA has delayed their review of a policy that can only be described as outdated, discriminatory, and totally inconsistent with the ideals of team sports,” they said urging the board “to stop delaying and let Sikhs play.”

The FIBA decision comes ahead of the Saturday start of FIBA Basketball World Cup hosted by Spain amid an outcry over an incident involving two Sikh players who were told by referees that they must remove their turbans if they were to play in FIBA’s Asia Cup.

The players, who have always played in turbans, were told that they were in violation of one of FIBA’s official rules, which states, “Players shall not wear equipment (objects) that may cause injury to other players.”

Last week, Crowley and Bera joined several members of Congress in wring a letter to FIBA president urging the board to update its policies to stop requiring Sikhs to remove their turbans during basketball games.

“It is disappointing that FIBA has decided to let bureaucracy stand in the way of progress and religious freedom,” two community organisations, Sikh American Legal Defence and Education Fund (SALDEF) and the Sikh Coalition said.

“While FIBA presents itself as a representative of global sport this weekend, Sikh players will still be forced to choose between playing a game they love and following their religious beliefs,” they said.

Expressing shock at “FIBA’s arrogance and insensitivity” the Sikh Coalition also encouraged “turbaned Sikhs and their friends throughout the world to participate in our #CallFoulonFIBA video campaign.”