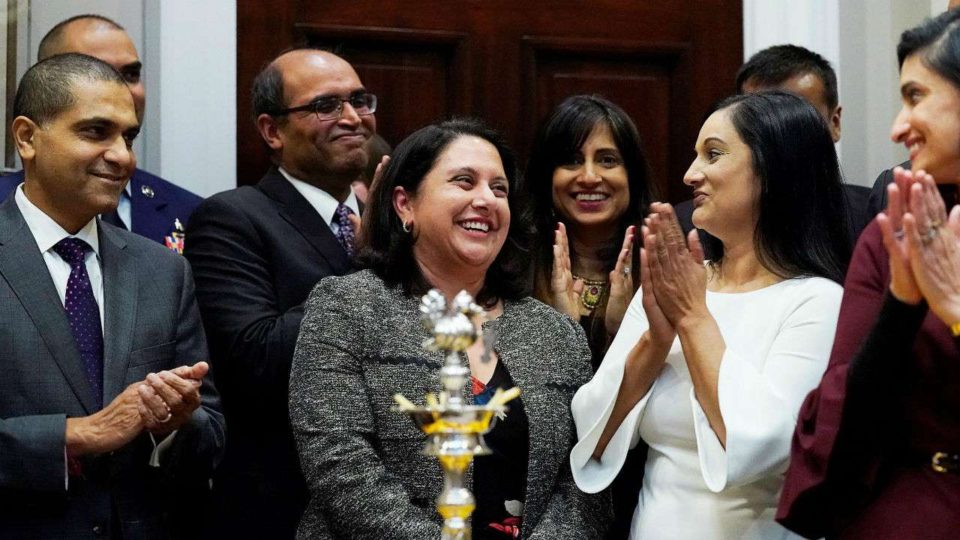 New York, March 14 (IANS) The US Senate has confirmed the appointment of a controversial Indian American jurist, Neomi Rao, to an important judgeship that was vacated by an appointee to the Supreme Court.

Her confirmation on Wednesday came after days of opposition from both liberals and the hard right over her writings as an undergraduate and her perceived lukewarm stand on legal abortion.

The Senate voted 53 to 46, to approve her appointment to the District of Columbia Court of Appeals by President Donald Trump to replace Brett Kavanaugh, who was elevated to the Supreme Court. Federal judicial appointments need Senate approval.

Situated in the nation’s capital, that court is considered the most influential after the Supreme Court as many important federal cases are heard by it and four of the current nine Supreme Court Judges had previously served on it.

Another Indian-American, Sri Srinivasan, who was on then President Barack Obama’s shortlist for the Supreme Court, is also on the DC court of appeals. With Rao’s appointment, there would be Indian American candidates that either party could consider for future vacancies to the Supreme Court.

In an op-ed she wrote for the college newspaper decades ago, she had said about date rape that if a woman “drinks to the point where she can no longer choose, well, getting to that point was part of her choice”. This provoked opposition from liberals and centrists who saw it as blaming the victim rather than the perpetrator.

She wrote a letter to the Senate Judiciary Committee on Monday apologising for “the insensitivity demonstrated in my remarks on rape and sexual assault”.

Conservative Republican Senator Josh Hawley, on the other side, initially opposed her nomination because he said she was not totally opposed to abortions, but later backed down.

Trump announced his intention to nominate her for the judgeship at the White House Deepavali celebrations last year calling her a “great person” who “is going to be fantastic”.

Rao, 45, headed the Office of Information and Regulatory Affairs in the President’s executive office which reviews government regulations and oversees collection of information by government and privacy policy. Before that she was a professor at George Mason University.

Rao comes from a Parsi family and her parents, both doctors, immigrated from India. A graduate of Yale University, she received her law degree from Chicago University and went on to be a clerk for the conservative African American Supreme Court Justice Clarence Thomas. She has also worked as a lawyer in then President George W. Bush’s White House and with the Senate judicial committee.