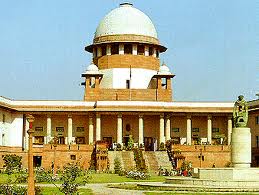 New Delhi, Oct 21 (IANS) The Delhi High Court Monday issued notice to a US-based NRI, who claimed to be a neurologist-cum-criminal lawyer, asking him to explain why contempt proceedings should not be initiated against him for his outrageous and contemptuous conduct in court.

The court also asked Kapoor to be present in the court on the next date of hearing.

The bench said: “The conduct of Kapoor was highly outrageous, undignified and contemptuous. In a fit of rage and anger, he picked up his file and left the court amidst hearing of the matter, and while leaving uttered words which are also demonstrative of the fact that he has no respect and regard to the courts.”

“The said conduct of the respondent (Kapoor) is highly contemptuous, reprehensible and reflective of his tendency to scandalize the court and undermine its majesty and dignity,” said the court in its order.

Taking serious view over Kapoor’s behavior in the court, it said: “…in most audacious manner he left the court by saying that no Indian court can pass any direction against him…”

The bench also took note of Kapoor’s argument that he works for US spy agency CIA and he has been provided with certain equipments through which he can tape-record and videograph everything without being visibly noticed by any person.

The division bench order came while hearing a reference from a single judge for initiation of contempt proceedings against Kapoor for recording the court proceedings without its permission in March this year.

Kapoor, during the hearing of his case before a single judge seeking to be allowed to videograph court proceedings, had placed a tape recorder on the table without court’s prior permission as he began his arguments.

When the judge had objected to his act and asked him to hand over the tape recorder, Kapoor had refused to comply.

The judge then had called the security personnel who restrained Kapoor from recording the court proceedings and referred the matter to a division bench for initiation of contempt of court proceedings.