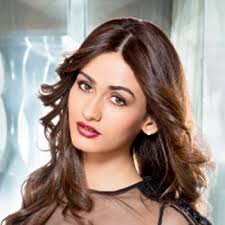 Reigning Miss India Koyal Rana, on Saturday, enthroned her successor Aditi with the crown made by PC Jewellers. The first and second runners-up were Aafreen Rachel Vaz and Vartika Singh respectively.

The trio was selected from the top five finalists of the fbb Femina Miss India 2015 that also included Tanya Hope and Deeksha Kaushal.

This year, 21 contestants from across the country participated in the beauty contest.

The coronation night saw contestants walking the ramp for the final time. Out of the 21 contestants, only five made it to the final question and answer round. The top five finalists were selected on the basis of judges’ score.

As a result of securing the top three spots, Aditi would represent India at Miss World 2015, Aafreen would participate at Miss International 2015, while Vartika would take part at the Miss Grand International beauty pageants.

“Welcome Back” team, including Anil Kapoor, John Abraham and producer Firoz A Nadiadwala, were on the judging panel for the finale. The film’s director, Anees Bazmee also attended the coronation night along with stars Nana Patekar, Paresh Rawal and Shruti Haasan.