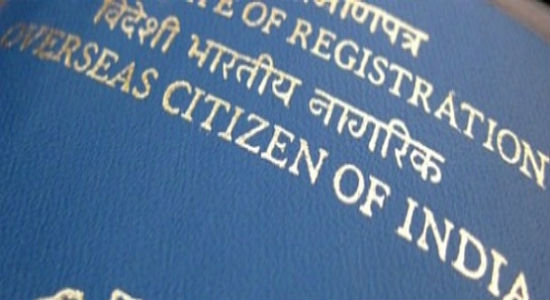 Announcing this in a tweet, the prime minister said that the union home ministry is “working on the new scheme that will merge PIO & OCI schemes”.

He also tweeted that instructions have been issued to Indian embassies and consulates that “apart from special circumstances, US nationals should get visas for 10 years” – fulfilling another promise to the diaspora.

Modi made the announcement on consular and visa issues during his address at the Madison Square Garden in New York Sep 28,which was heard by a crowd of 20,000.

“Am sure these efforts will further strengthen our bond with the diaspora and give an impetus to our development journey,” he added.

The prime minister said that a Sep 30 gazette notification said that all PIO cards are valid for the entire lifetime of cardholders. Earlier it was for 15 years.

“The gazette notification fulfils the announcement that all PIO cardholders will now enjoy a lifelong visa to India,” he said.

He said that the gazette notification also says that PIO card holders would not have to report to police stations, even if their visit exceeds 180 days.

“Am very glad to share that GoI has moved swiftly on the announcements I had made on consular & visa issues during my USA visit,” he tweeted.

US citizen arrested in Chicago for attempting to join ISIS