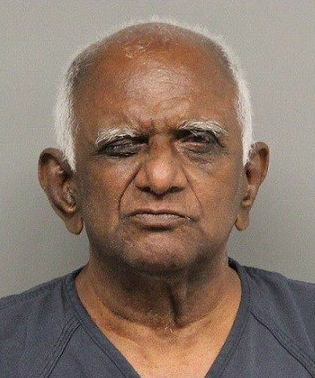 Washington, Dec 10 (IANS) A 77-year-old Indian-origin man charged with murder was found incompetent to stand trial in the US state of Pennsylvania after the judge was told that he was unable to understand the charges levelled against him.

Lancaster County Judge Paul Merritt Jr. Tuesday ordered Bayapa Lingala be sent to a medical facility for treatment after a doctor told the district court that he believed there was a “substantial likelihood” that Lingala’s competency can be restored with treatment and that he could yet face trial, the JournalStar.com reported Wednesday.

He is charged with second-degree murder and use of a knife in the slaying of his 46-year-old son-in-law Sujay Nooka Aug 5.

Until a bed is available at the regional medical facility, the judge ordered Lingala be moved from the custody of the Lancaster county sheriff’s office to the Nebraska Department of Correctional Services.

The 77-year-old accused of stabbing his son-in-law to death acted paranoid and may have been bipolar, according to court documents.

Uma Nooka, a doctor, told police she thought her father, Bayapa Lingala, suffered from bipolar disorder and said he had been prescribed medication to treat paranoia, Lincoln Police Sgt. John Donahue said in an affidavit. Uma Nooka was the wife of Sujay Nooka, the man Lingala is accused of fatally stabbing in the chest  in their south Lincoln home….