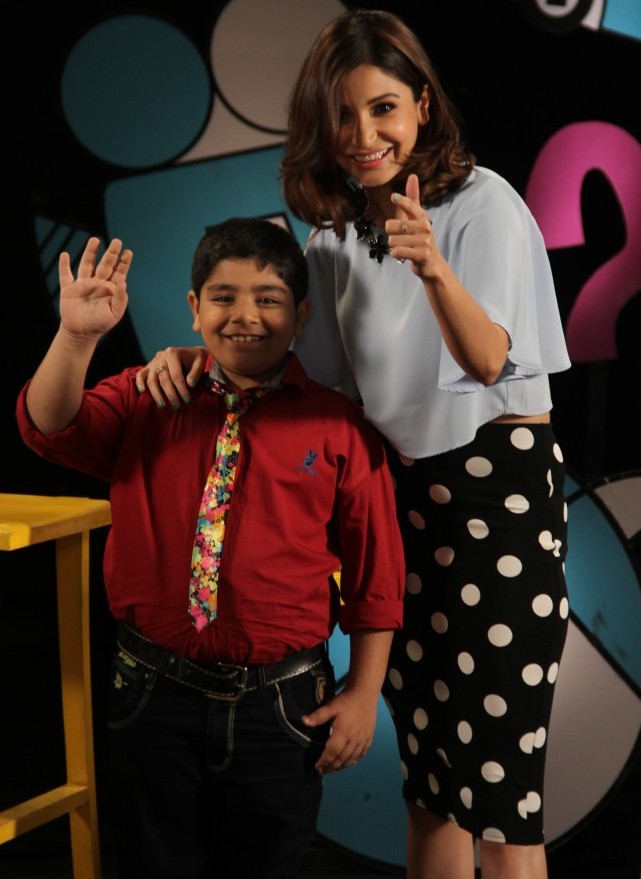 Mumbai, Dec 11 (IANS) She enjoys her fame in Bollywood, but actress Anushka Sharma says for her friends, she is still Nusheshwar, the nickname with which they call her.
The actress shared the story of her wacky nicknames on TV show “Captain Tiao”.

Anushka, who appeared on the Disney Channel show to promote her forthcoming movie “PK”, revisited her childhood days on the chat show with chubby host Sadhil Kapoor.

“My parents never gave me a nickname. But for my friends, I am everything from ‘Nushki’ to ‘Nusheshwar’,” she said in the episode, which will be aired Sunday.

The actress also shared that she was always a mischievous child and that she pulled her brother’s leg a lot. Anushka looked as radiant as ever in a blue crop top and black and white polka dotted calf-length skirt.