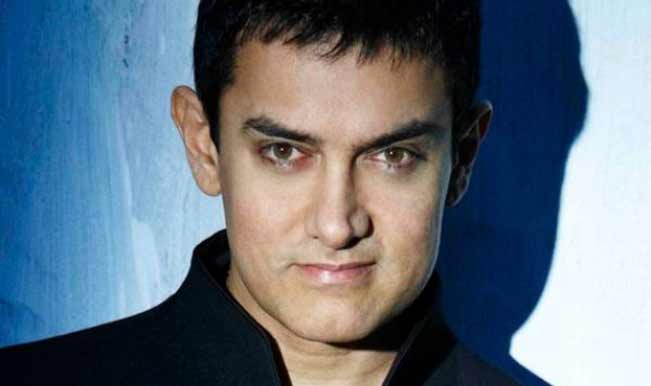 Mumbai, Aug 21 (IANS) Bollywood superstar Aamir Khan has never experienced bribery for film certification. He says he doesn’t support palm-greasing and in case he comes across it, he will immediately inform the police.
The Central Board of Film Certification (CBFC) CEO Rakesh Kumar was arrested in an alleged bribery case Monday. He was sent to police custody for three days Tuesday by a special court.
“I don’t have any information about him,” Aamir said when he was asked about Kumar.
“I had no personal experience with him, so I cannot comment on it,” he told reporters at the “PK” poster launch Wednesday.
Shripati Mishra, CBFC advisory panel member and an authorized agent for censor certification, was also arrested for allegedly demanding a bribe of Rs.70,000 for issuing a certificate to “Mor Dauki Ke Bihav”, a regional film from Chhattisgarh.
Members of film fraternity have come out in the open and spoken about their experiences.
When asked if has ever come across any such agent, Aamir said: “It has never happened with me. In any case, the kind of person I am, if somebody will ask me for bribe, I will immediately call the police. I will make an official complaint then and there.”
The film’s co-producer Vidhu Vinod Chopra too said that he never had to bribe anyone to get clearance for his film.
“Fortunately, my reputation has been so bad that I never had any such bad experience…,” he said.
Directed by Rajkumar Hirani, who has also co-produced he film, “PK” is expected to come out in December.