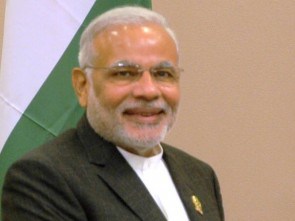 New York, Jan 15 (IANS) A US court has dismissed a lawsuit accusing Prime Minister Narendra Modi of failure to control the 2002 Gujarat riots, saying as a sitting head of government he was entitled to immunity.

In dismissing the case filed by human rights group American Justice Centre (AJC) in New York, US District Judge Analisa Torres Wednesday upheld the US Department of State’s determination regarding immunity for Modi.

A “sitting head of state’s immunity from jurisdiction is based on the Executive Branch’s determination of official immunity without regard to the specific conduct alleged,” she ruled.

Torres dismissed the plaintiffs’ argument that the Foreign Sovereign Immunities Act provided immunity only to foreign states and not to individual government officials and Modi was not entitled to common law immunity as the alleged acts took place before he became Prime Minister.

AJC filed the lawsuit against Modi under the Torture Victim Protection Act of 1991 and Alien Tort Statute in September on the eve of his first visit to the US.

The dismissal of the case comes ahead of President Barack Obama’s second trip to India to be the chief guest at India’s Republic Day celebrations.

The lawsuit alleged Modi did nothing to control riots in his home state of Gujarat in 2002. Though Indian courts have cleared Modi, the allegations led the US to revoke his US visa in 2005.

But Obama overturned the ban by quickly inviting Modi to the USafter Modi’s election as prime minister.