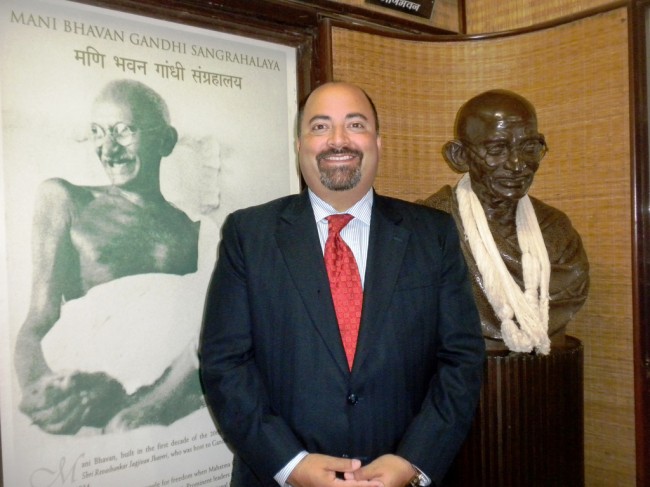 Washington, March 27 (IANS) After Richard Rahul Verma, who is the US ambassador to India, yet another Indian American has been named the country’s envoy by President Barack Obama. Atul Keshap, a senior Indian-American foreign service official, has been named as ambassador to Sri Lanka and the Maldives.

“I am honored that these talented individuals have decided to serve our country. They bring their years of experience and expertise to this administration, and I look forward to working with them,” he said announcing Keshap’s appointment with three others.

Currently as Deputy Assistant Secretary of State in the Bureau of South and Central Asian Affairs, a position he has held since 2013, Keshap assists Nisha Desai Biswal, the first Indian-American to lead the bureau.

Now with Keshap’s appointments, Indian Americans would be serving as US envoys in three of eight SAARC nations. Another Indian American, Puneet Talwar as assistant secretary for political-military affairs, serves as a bridge between the State and Defence departments.

And Arun Madhavan Kumar as assistant secretary of commerce and director general of the US and Foreign Commercial Service is charged with boosting US trade abroad.

Keshap previously served at the State Department as a US Senior Official for the Asia Pacific Economic Cooperation in the Bureau of East Asian and Pacific Affairs from 2012 to 2013.

From 2010 to 2012, he was the Director for India, Nepal, Bangladesh, Sri Lanka, Bhutan, and Maldives in the Bureau of South and Central Asian Affairs.

Prior to that, Keshap was Director for United Nations Human Rights in the Bureau of International Organization Affairs from 2008 to 2010 and Deputy Political Counselor at the US Embassy in New Delhi, India from 2005 to 2008.

He served as Director for Near Eastern and North African Affairs in the National Security Council from 2003 to 2004 and as Special Assistant to the Under Secretary for Political Affairs from 2002 to 2003.

Keshap’s earlier assignments with the State Department included postings in Morocco and Guinea. Keshap received a BA and MA from the University of Virginia.

With over a score direct Obama appointees in high places, two governors, a House member, a state attorney general and eight state legislators, Indian Americans have over the years gained power and influence far beyond their numbers.

Chikungunya virus may soon spread to US