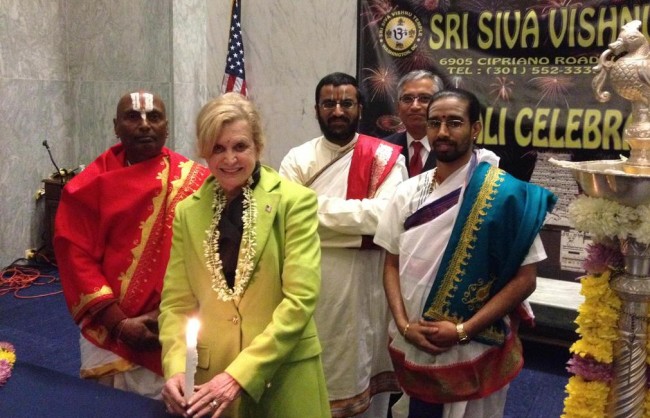 Washington, Jan 15 (IANS) A US lawmaker has introduced a resolution in the Congress, urging the country’s postal service to issue a stamp honoring Diwali — “an important spiritual and cultural festival for many Americans”, a media report said Thursday.

“Despite the significance of this holiday to many Americans, the United States Postal Service has not yet recognized Diwali with a commemorative stamp, as it has with other major religious and cultural holidays such as Christmas, Kwanzaa, Hanukkah, and Eid,” The American Bazaar website quoted Democratic Party Representative Carolyn B. Maloney as saying in a press release.

“Our resolution would express the sense of the House that the Citizens Stamp Advisory Committee should issue a stamp honoring Diwali, an important spiritual and cultural festival for many Americans,” said the representative for New York’s 12th congressional district.

Maloney has spearheaded numerous efforts in the past to raise awareness about Diwali, the Indian festival of lights. Two years ago, she proposed a similar resolution but it failed to gain traction in Washington.

However, this time she is joined by lawmakers like Mike Honda, Ami Bera, Tulsi Gabbard, and Grace Meng.

Indian-Americans now number around 3.5 million and comprise the third largest Asian community in the US, according to a report by the Center for American Progress.