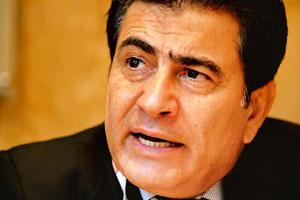 Washington, Jan 15 (IANS) The US-India Business Council (USIBC) has named Mukesh Aghi, currently the chief executive and member of the Board of Directors at L&T InfoTech, as its new president.

Aghi brings to the council extensive executive experience in global business, and deep understanding of the business and policy dynamics in both India and the US, said the trade body comprised of 325 of the top-tier US and Indian companies.

“Mukesh Aghi’s experience will be invaluable as he leads USIBC in strengthening and expanding US-India business ties in the critical years ahead for the bilateral relationship,” said Ajay Banga, USIBC chairman and president and CEO of MasterCard.

“We are excited to bring Dr. Aghi’s talent and leadership to the USIBC as the council further develops the relationship between these two very important economies,” said Thomas J. Donohue, president and CEO of the US Chamber.

“The strategic partnership between the US and India is not only beneficial for the two nations, but critical to global economic prosperity,” Aghi said. “I am honoured and delighted to be part of the USIBC team.”

As president, Aghi will lead the council’s strategic direction and policy priorities with the objective of enhancing the bilateral commercial relationship, the trade body said. Aghi will formally join the USIBC in March.

While working primarily in the private sector, he has also worked effectively with the US and Indian government at senior levels.

Aghi is currently the chief executive and member of the Board of Directors at L&T InfoTech. Previously, he served as chairman and CEO of Steria Asia Pacific; president of IBM India and worked with high technology companies including J.D. Edwards and Ariba. His postings have been in France, the United Kingdom, Japan, Singapore, India and the United States.

Banga thanked acting president Diane Farrell for taking the helm of USIBC at a critical moment that included the transition of a new government in India.

During the transition period, USIBC hosted many high-profile engagements including Prime Minister Modi during his visit to the US, led the largest ever US delegation to Vibrant Gujarat 2015, and expanded membership.

I – big is not always great