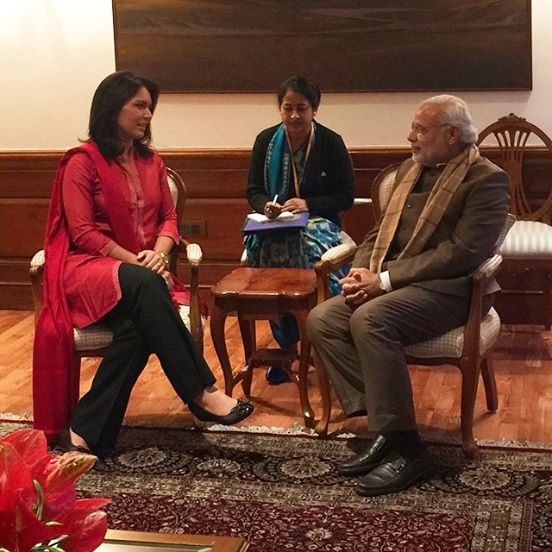 The Democrat from Hawaii, who is the sole Hindu member of the US Congress, discussed a broad range of issues with Modi, including bilateral relations, environmental challenges, regional security challenges, terrorism and the killing of school children in Peshawar, said an official statement.

She expressed keen interest in India’s spiritual and cultural traditions and spoke about her efforts to promote them in the US, said the statement.

Gabbard had called on Modi Sep 28, when he was visiting the US and presented him with a ginger flower garland from Hawaii.

Gabbard, a strong supporter of Modi, is a Democrat Congresswoman from Hawaii.

The 33-year-old Gabbard is the first practicing Hindu American in the Congress who took her oath on the Bhagavad Gita.

She had spoken to Modi after his victory in the general elections and congratulated him and the Bharatiya Janata Party (BJP).