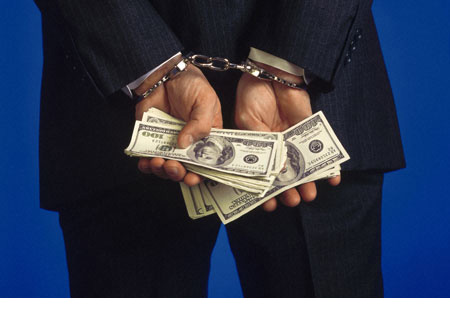 The SEC’s Enforcement Division alleged that Pankaj Srivastava and Nataraj Kavuri offered “guaranteed” daily profits as they anonymously solicited investments for their purported investment management company called Profits Paradise. They allegedly invited investors to deposit funds that supposedly would be pooled with money from other investors and traded on foreign exchanges as well as in stocks and commodities, the federal agency said in a media release.

They allegedly created a Profits Paradise website and related social media sites to describe the profits as “huge,” “lucrative,” and “handsome,” and they characterized the risk as “minimal.”

The SEC alleged that the guaranteed returns were false, and that the investments being offered bore the hallmark of a fraudulent high-yield investment program.

Srivastava and Kavuri attempted to conceal their identities by supplying a fictitious name and contact information when registering Profits Paradise’s website address. They also communicated under the fake names of “Paul Allen” and “Nathan Jones.” After the SEC began its investigation into the investment offering, the Profits Paradise website was discontinued.

“Srivastava and Kavuri used excessive secrecy in their effort to swindle investors through social media outreach and a website that attracted as many as 4,000 visitors per day,” said Stephen Cohen, Associate Director of the SEC’s Division of Enforcement.

According to the SEC’s order instituting administrative proceedings, Srivastava and Kavuri used the Profits Paradise website and YouTube videos to detail three investment plans with terms of 120 business days.

The scheme also utilised a Profits Paradise Twitter account to steer potential investors to the Profits Paradise website and Srivastava and Kavuri created a Google Plus page to promote the investment opportunity.

The SEC also expressed its appreciation for the assistance of the Securities and Exchange Board of India as well as the Autorité des Marchés Financiers in Quebec, the Ontario Securities Commission, and the
Securities and Futures Commission in Hong Kong.