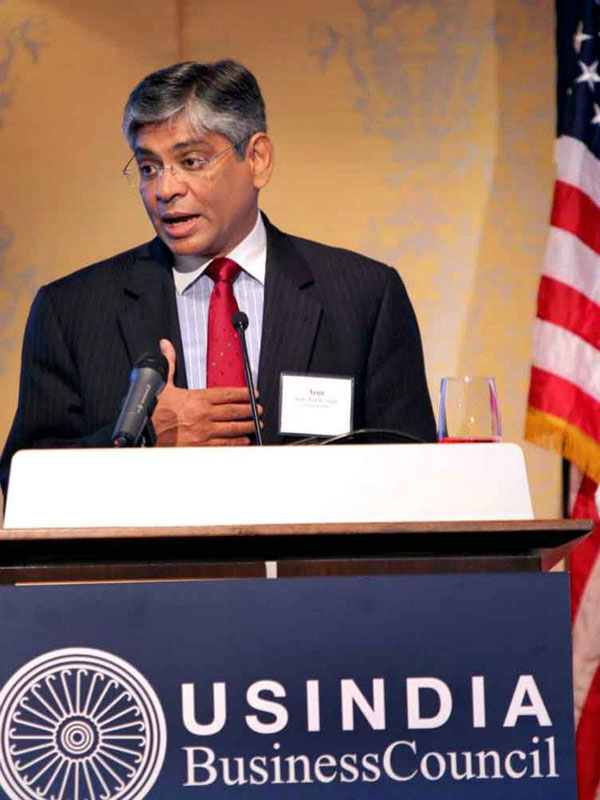 Washington, May 7 (IANS) With India moving quickly on its commitment to reform, the new Indian ambassador to the US, Arun K. Singh, has expressed confidence that American business and industry will seize the potential to reinforce India-US strategic ties.

“We are in a very momentous phase of our relationship,” he said in an address Wednesday to the US-India Business Council, with a membership of about 300 top American companies investing in India joined by global Indian companies.

“India is moving quickly on its commitment to reform, throwing up tremendous opportunities for working together,” said Singh, who arrived here last week after a two-year stint in France.

“I am confident that the US Business and Industry, will continue to seize the potential, and our cooperation will reinforce our strategic ties in a long-term framework,” he said

The past year has been transformational in many ways, Singh said noting that since taking over a year ago Prime Minister Narendra Modi’s government has pushed forward with the reform agenda at a remarkable speed.

It has focused on infrastructure development, manufacturing, technological advancement, skills development and financial inclusion, through new and innovative programmes like Make in India, Digital India, Smart Cities and the Jan Dhan Yojana.

Behind all these initiatives lies Modi’s vision of making India a global manufacturing hub, with state of the art infrastructure and a skilled workforce, he said.

“To realize this vision, foreign investments and transfer of technology would be important components,” Singh said. “We need a business environment that fosters innovation and encourages investment.”

“This recognition has led the government to introduce several reforms aimed at improving the ease of doing business in and with India,” he said.

“Special attention is also being devoted to providing a transparent and predictable tax regime for investors.”

Political stability at the centre, coupled with a strong commitment to reform, have ensured that the Indian economy is on the path to a robust recovery, Singh said.

India is emerging as one of the fastest growing economies in the world, with an expected growth rate of 7.5 percent this year and over 8 percent next year.

“These positive developments at home have been accompanied by a fresh momentum in our bilateral relationship, thanks to two highly successful summits” between Modi and President Barack Obama, Singh said.

These, he noted have helped in resolving some long-pending issues and identifying new areas of cooperation.

The Make in India programme, the smart cities initiative and the Digital India programme have opened up several opportunities for collaboration with US companies, Singh said.

Equally, the Indian industry has enhanced its presence in the US economy, making huge investments, creating jobs and generating incomes.

“Given such extensive business ties, there are bound to be some issues of concern to the industry on both sides,” Singh said.

“Fortunately, we have developed sufficient bilateral mechanisms to address such concerns in a constructive and cooperative spirit,” he said asking the USIBC to “play an important role in this context by being a proactive voice for the industry on both sides.”