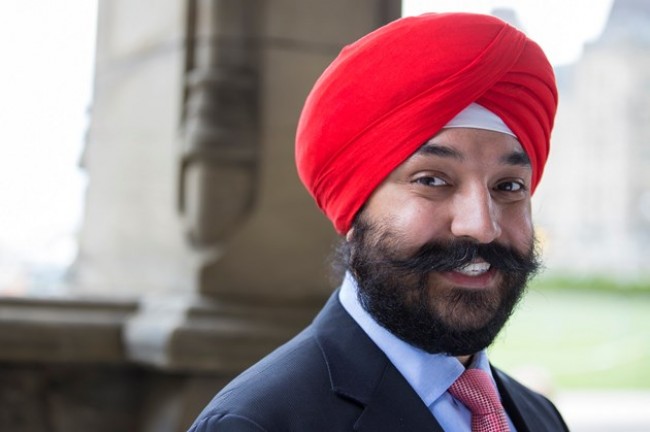 Ottawa, May 11 (IANS) US security officials have apologised after a Sikh minister of Prime Minister Justin Trudeau’s Cabinet was asked to remove his turban at a US airport before boarding a flight last year.

Minister of Innovation, Science and Economic Development Navdeep Bains said the incident happened at Detroit Metro Airport on his way back to Canada in April 2017. He said the airport staff had behaved inappropriately, SBS News reported on Friday.

Bains said the security guards asked him to undergo special screening because of his turban, despite passing through the metal detector. But the test malfunctioned.

That is when a security official asked him to remove his turban for inspection. Bains said he pushed back and asked them to do the test again during the April 2017 incident. He said security agents at a Detroit airport were “very insistent and very difficult” when he told them he did not want to remove his turban.

The airport officials allowed him to board his flight only after he revealed his diplomatic passport.

The incident prompted Canada to complain to US officials. The officials with the US Transportation Security Administration (TSA) and the Department of Homeland Security apologised to Canada on behalf of the US government.

“It was an experience that made me uncomfortable,” Bains told Quebec newspaper La Presse on Thursday.

“I never told them who I was, because I wanted to know how things would go for people who are not ministers or lawmakers.”

He said he was proud to represent the Sikh community. “As a Sikh, wearing the turban is considered one of the most dutiful acts for a person of faith, and I am proud to represent my community – unfortunately these types of incidents do occur from time to time, to minorities in particular.”

“But it should never become the norm. I will continue to promote diversity and inclusion across the country – this is exactly why I ran for office.”

US’ TSA spokesman Michael McCarthy said: “We regret the screening experience did not meet the expectations of Bains. Upon review of airport closed-circuit video, we determined that the officer conducting the screening did not follow standard operating procedures and therefore received additional training.”