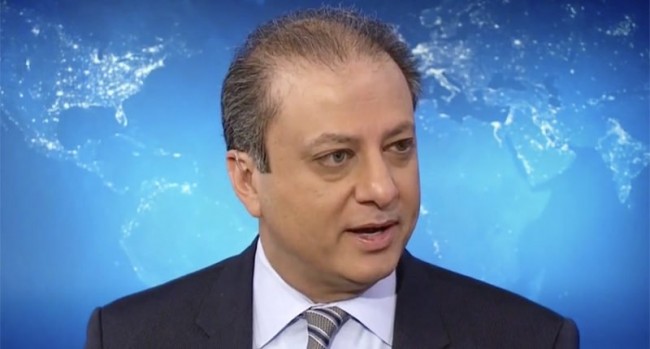 Washington, Nov 6 (IANS) Former Indian American US Attorney Preet Bharara said that he believes that Paul Manafort, who served as President Donald Trump’s former campaign chairman, may “flip” and provide damaging information on other political associates in exchange for a favourable plea deal.

During an interview on CNN on Sunday, Bharara said he had no idea what evidence special counsel Robert Mueller had to back up charges of money laundering, tax evasion and conspiracy, but if convicted, Manafort would spend serious time behind bars.

“They’re pretty straight-forward charges that you can prove without many witnesses. It’s not a lifetime in prison but it’s a substantial prison sentence and I expect that Paul Manafort and his lawyers are talking about the idea of cooperating,” said Bharara.

Papadopoulos is likely “cooperating with the government to provide substantial assistance with respect to someone else higher up in the food chain”, Bharara said.

Last month, Papadopoulos pleaded guilty to making false statements during an interview with the FBI about his contacts with Russians during the 2016 election campaign, apparently as part of a cooperation deal.