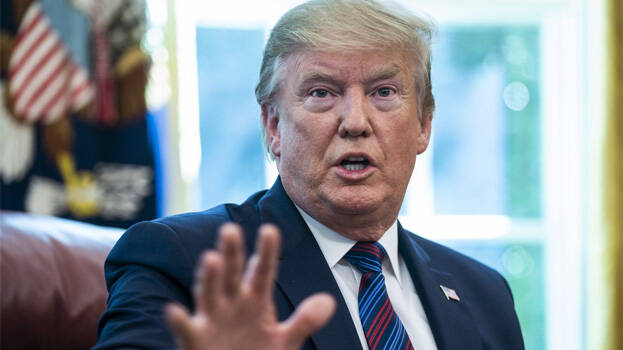 Bangkok/Washington, Aug 2 (IANS) As US President Donald Trump, in an off-hand manner, renewed his offer of mediation in the Kashmir issue, India on Friday firmly rejected the offer, saying that any discussion on Kashmir, if warranted, will only be with Pakistan, and only bilaterally.

Hours after Trump told reporters in Washington that “it is up to Prime Minister Modi” to accept his offer to intervene in Kashmir, Indian External Affairs Minister S. Jaishankar, during a bilateral meeting with US Secretary of State Mike Pompeo in Bangkok, conveyed “in clear terms that any discussion on Kashmir, if at all warranted, will only be with Pakistan and only bilaterally”.

Jaishankar tweeted: “Wide ranging discussions with @SecPompeo on regional issues. Have conveyed to American counterpart @SecPompeo this morning in clear terms that any discussion onKashmir, if at all warranted, will only be with Pakistan and only bilaterally.”

On Thursday, to a query by a reporter in the White House on the Kashmir issue, Trump, said: “Have they accepted the offer or not (to mediate)? Well, it is really up to Prime Minister Modi.”

Trump added: “And I met with Prime Minister Khan. I think they are fantastic people, Khan and Modi. I mean, I would imagine they can get along really well. But if they wanted somebody to intervene, or to help them; And I spoke with Pakistan about that, and I spoke frankly to India about that; but that’s been going, that battle, for a long time. If I can, if they wanted to, I would certainly help them.”

Reacting to Trump’s renewed offer, Pakistan Foreign Minister Shah Mahmood Qureshi urged the US to use its “influence” to “persuade” India to start talks on the peaceful resolution of the Kashmir issue.

Qureshi said that India was avoiding the talks and did not appear willing to negotiate on the matter.

“India insists it is a bilateral matter, but it is not even willing to come to the table for talks,” he said.

“India won’t agree easily to the Kashmir talks. We urge the US to exercise its influence and persuade India (to come to the table),” Qureshi said, adding that he will write a letter to the United Nations chief Antonio Guterres on the matter.

On July 22, President Trump had set off a diplomatic storm after he said, during a press conference at the White House with Pakistan Prime Minister Imran Khan, that he would “love” to mediate on the Kashmir issue and that it had been suggested to him by Prime Minister Narendra Modi.

India strongly rejected Trump’s claim. “No such request was made,” Jaishankar said in Parliament.

Pompeo, during his meeting with Imran Khan in Washington on July 23, had not mentioned Kashmir at all.

I think Trump need to mediate between Speaker Pelosi and AOC+3 Quad to work out their policy differences.