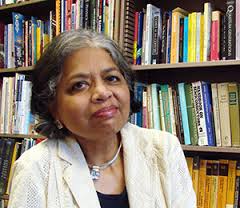 Chandrasekhar will receive the $250,000 award and an additional $25,000 for the physics department at the University of Missouri. She is expected to teach in residence at Baylor, a top Texas Christian University, during the spring 2015 semester.

“Dr. Chandrasekhar is an internationally known teacher/scholar who combines an impressive academic record with a stellar reputation for the extraordinary impact she has had on undergraduate and graduate students,” she said.

“I am deeply honoured to learn that I will receive the 2014 Robert Foster Cherry Award, and I am humbled to join the illustrious group of teacher scholars who received the award before me,” Chandrasekhar said.

She earned a PhD in physics from Brown University in 1976. After a postdoctoral fellowship at Max-Planck-Institut in Germany, she joined the University of Missouri faculty in 1978.

Chandrasekhar’s teaching and research has been recognized with many honours, including the 2006 President’s Award for Outstanding Teaching from the University of Missouri.

She was honoured in 2002 with the Distinguished Alumnus Award from the Indian Institute of Technology. She received an Alfred P. Sloan Fellowship in 1985 and was elected a Fellow of the American Physical Society in 1992.

She also received the Presidential Award for Excellence in Science, Mathematics and Engineering Mentoring from the National Science Foundation in 1998.

Chandrasekhar visited the Baylor campus in October 2013 to present her Cherry finalist lecture on “Blind to Polarization: What Humans Cannot See.”

In that public lecture, she took students, faculty and staff on a hands-on journey that explored polarization by using natural phenomena as well as modern-day applications, ranging from 3D movies to engineering design.