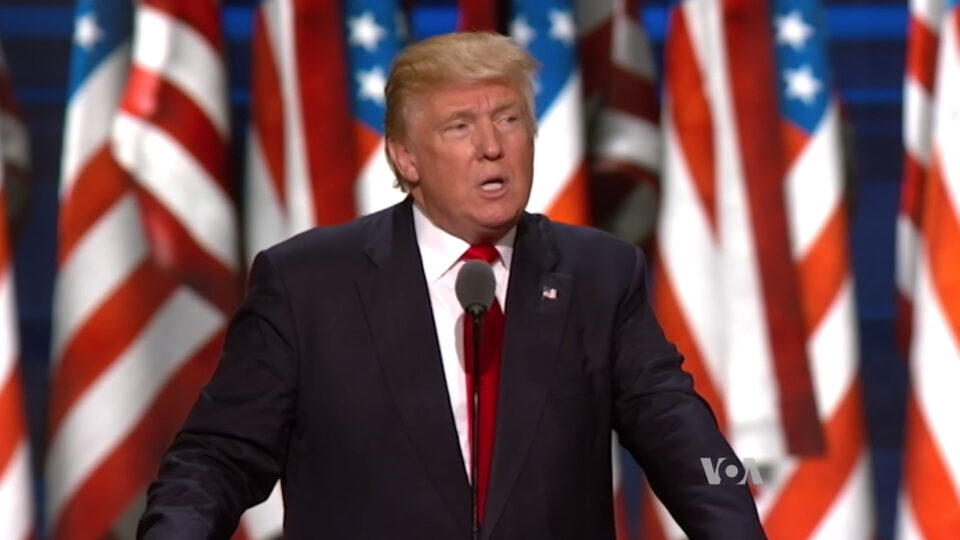 New York, Aug 28 (IANS) US President Donald Trump has highlighted the removal of H1-B workers from an American public sector power conglomerate and restoring jobs to citizens as one of his accomplishments while officially accepting the Republican Party’s nomination for a second term in office.

His acceptance on Thursday night came during a speech from the White House South Lawn on the last day of the ongoing Republican National Convention (RNC).

In his address, he mentioned the episode earlier this month while taking credit for bringing jobs back to the US and promising to redouble the efforts to build on it if re-elected.

“When I learned that the Tennessee Valley Authority (TVA) had laid off hundreds of American workers and forced them to train their lower-paid foreign replacements, I promptly removed the chairman of the board and now those talented American workers have been rehired and are back providing power” to several states, he said.

“They have their old jobs back and some are here with us this evening,” he said while introducing them to the audience of about 1,500 gathered at the White House.

As they received a standing ovation, he said: “You went through a lot.”

Trump, who repeatedly specified China as he spoke of bringing jobs back, did not mention which country the H1-B workers came from.

But when Trump took the action earlier this month, a Democratic member of the House of Representatives, Steven Cohen, who brought up the issue said that one of the companies bringing in the H1-B workers was Capgemini, which “has half of its workforce, or 100,000 workers, in India alone”.

The mention of the H1-B workers at TVA and the focus on bringing back jobs to the US show an extension of his current policies if re-elected.

He has temporarily halted the grant of H1-B visas given to professionals and highly qualified workers citing the high unemployment due to the Covid-19 pandemic and he has said that he plans to revamp the H1-B visa system to weed out those coming in for more routing jobs.

Trump who has made job creation and preservation in the US a pillar of his agenda to especially appeal to workers in some of the states key to his election strategy who were hit hardest by the deindustrialisation of the US.

The President mentioned what he called his “policy of pro-American immigration,” but did not elaborate on it other than listing his action against illegal immigration like building a border fence and deporting gang members and criminals.

“In perhaps no area did the Washington, D.C., special interest try harder to stop us than on my police of pro-American immigration. But I refused to back down and today America’s borders are more secure than ever before,” he said.

Earlier this month he brought some of the TVA workers who were being replaced by H1-B workers and announced the firing of the undertaking’s Chairman James Thompson and Director Richard Howorth.

He said he would fire more board members if the laid-off workers were not re-hired.

In his acceptance speech, Trump accused China of “stealing our jobs, ripping us off and robbing our country” with the connivance of the nation’s elite.

“We took the strongest, toughest-hitting action against China by far,” he said.

“We will make sure our jobs stay in this country.”

He accused his Democratic rival Joe Biden of contributing to the outsourcing and the export of American jobs and warned that if he were elected the US would revert to that.

His policy, he said was “building factories in America, not firing their employees and jobs deserting the US for other countries”.

Growing up Indian in East Africa

Bobby Jindal to decide on presidential run after November