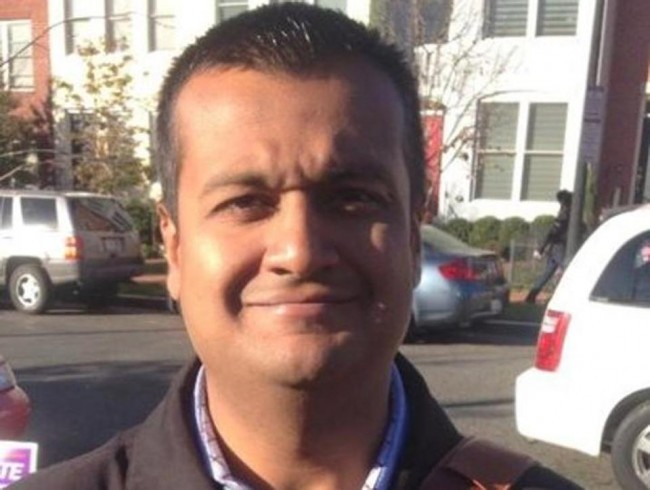 Trump announced on Tuesday evening he was moving Shah, who was the Deputy Communications Director, to the new position. He will also retain his position as a deputy assistant to the President.

Shah’s new role was part of a major revamp of the press and communications operations, which has seen a parade of communications staffers come and go during the almost eight months Twitter-trigger-happy Trump has has been on the job.

Simultaneously, Trump also announced that he was confirming Hope Hicks permanently as the Communications Director.

She was acting in the position since Anthony Scaramucci left the job under a cloud after only ten days last month.

An expert in strategic communications and political research, Shah helped Trump’s presidential bid by highlighting contradictions in his Democratic rival Hillary Clinton’s political positions and other issues like her handling of her private email server, which turned into a campaign issue.

Before joining the White House, Shah was the research director at the Republican National Committee and also the managing director of America Rising, a company that provides research to candidates.

Reince Priebus, who headed the Republican National Committee, brought Shah to the White House when he was Trump’s Chief of Staff.

That Shah is not only being kept on at the White House but also move to a key job after Priebus left is a measure of his recognition by both Trump and John Kelly who succeeded Priebus.

With his off-the-cuff remarks and Tweets, Trump has created controversies and contradictions that his communications staff struggle to explain, even as White House staffers feuded in private and in public muddling the presidential message.

Another predecessor of Hicks, Michael Dubke lasted less than three months on the job.

Press Secretary Sean Spicer, who was pilloried by the media in his difficult position as the spokesperson for the mercurial and outspoken Trump, left after only six months on the job. He also held the Communications Director job intermittently.

Shah will be working with Sarah Huckabee Sanders, who succeeded Spicer.

Steve Bannon, who was White House chief strategist and had a major role in the president’s communications operations, left his job last month.

Kelly, a retired Marine general, is widely believed to be behind departures of Bannon and Scaramucci in his mandate to bring order to the White House since his appointment in July.