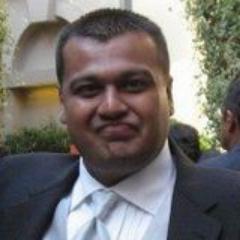 New York, Jan 5 (IANS) US President-elect Donald Trump has appointed an expert on strategic communications and political research, Raj Shah, as his deputy assistant and research director on the White House staff.

Shah helped Trump’s campaign by highlighting contradictions in Democratic presidential candidate Hillary Clinton’s political positions and other issues like her handling of her private email server, which turned into a campaign issue.

The Republican National Committee website credited him with developing the organisation’s opposition research book on Clinton.

Reince Priebus, who will be Trump’s chief of staff, said that Shah and the others appointed Wednesday to the White House staff “will be key leaders in helping to implement the president-elect’s agenda and bring real change to Washington.

“Each of them has been instrumental over the last several months, and in some cases years, in helping the President-elect,” he added.

Shah is currently the research director and deputy communications director at the Republican National Committee and also the managing director of America Rising, a company that provides research to candidates.

He specialises in what is known as opposition research, which is digging up negative information about candidates for use by their rivals or others.

He had earlier done a stint at the White House as a research assistant during George W. Bush’s presidency. He has also worked in John McCain’s 2008 unsuccessful presidential campaign against President Barack Obama.

At the Republican National Committee Shah has worked closely with Priebus and Trump’s spokesperson Sean Spicer.

The GOP website published Shah’s critiques and analysis of Clinton’s past public stances, her foreign policy and Obama’s policies.