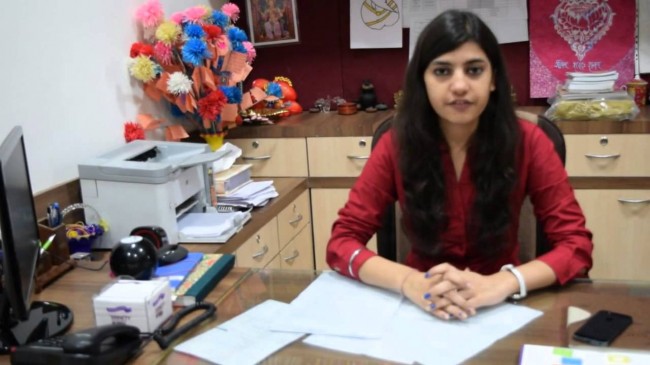 Thane (Maharashtra), March 9 (IANS) A Thane college girl studying in Mumbai has been selected to attend the US Presidential Inauguration Leadership Summit to be held in Washington next year.

Oishika Neogi, 16, who just completed her Class 12 exams in science stream from the B.K. Gadia A Level Junior College in Malad, north-west Mumbai, will represent India at the global summit of youngsters in January 2017 and interact with the newly-elected President and Vice-President of the US.

Among the other invitees at the same event will be the youngest ever Nobel laureate, Pakistani girl education activist Malala and her father Ziauddin Yousafzai. “I am really keen to meet them both,” Oishika said.

B.K. Gadia College principal Arundhati Nikam is pleased with Oishika’s achievement and praised her as “a rare and gifted child, besides being an excellent orator”.

The Kolkata-born girl got the opportunity after winning the declamation contest at the Global Young Leaders Conference in the US in June 2015 after she excelled in the Harvard Model United Nations competition in Hyderabad.

“The UN Model debates were specially conducted for students interested in international relations to expose them to a global audience. The Model United Nations events are designed for this,” Oishika said.

The D.G. Khetan International School, of which B.K. Gadia A Level Junior College is part, conducts a Mock UN Debate annually which Oishika won, and then went on to excel at the Hyderabad event before she travelled to Washington DC and New York last year for GYLC.

However, though she would be attending the new US President’s inauguration, Oishika shies away from making any prediction on who would be next incumbent at the White House.

“I adore both President Barack Obama and Mitchelle and would love to meet them sometime…,” Oishika gushed.

On the upcoming US poll battle for the White House, she said: “Personally, I would like Hillary Clinton to win as it could be a historic achievement for a woman to become the US President, and I am sure she would make a great leader.”

On Donald Trump, she said: “Though he is aggressive, Americans seem to like him and most people have expressed that US has remained calm for too long and needs some aggression now.”

On her future plans, Oishika wants to become a television media professional and cover the United Nations sometime as that would be “a dream assignment”.

Besides pursuing undergrad studies and knowledge about global affairs, Oishika is training in western dancing and theatre, and does painting. She also loves to gorge alike on continental and spicy Indian cuisine.

She lives with her mother Chumki Neogi in Thane’s Mira Road suburb.