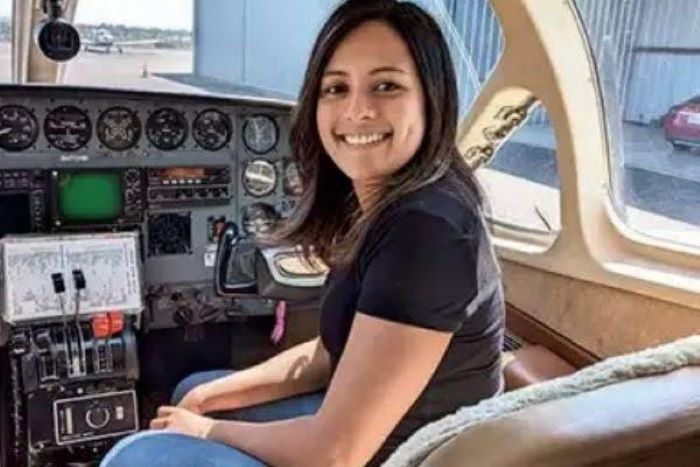 Following the grand Richard Branson show where he carried Andhra Pradesh-born Sirisha Bandla and fellow space travelers on his shoulders after successfully flying to the edge of space, it is time for Amazon Founder Jeff Bezos to applaud Sanjal Gavande, one of the key engineers who designed the New Shephard rocket set to take Bezos and the crew to space on July 20.

Billionaire Bezos is set to fly to the edge of space aboard what is touted as the world’s first unpiloted suborbital flight.

Born in Kalyan, Maharashtra, Gavande is a systems engineer at Blue Origin who always dreamt of designing aerospace rockets.

She also applied for an engineering job at the US space agency NASA but finally landed her dream job at Blue Origin.

Bezos, his brother Mark, aviation pioneer Mary Wallace ‘Wally’ Funk and other passengers are set to liftoff from west Texas and travel just beyond the edge of space on July 20.

Blue Origin announced this week that Oliver Daemen, an 18-year-old high school graduate from the Netherlands, would join the crew.

Oliver is the son of millionaire Joes Daemen, Founder and CEO of the Dutch investment company Somerset Capital Partners. Blue Origin, however, did not reveal how much Daemen paid for his son’s trip to space.

Bezos chose July 20 as the launch date to honour the 52nd anniversary of the Apollo 11 moon landing.

The launch site for Blue Origin’s first human flight will be in a remote location north of Van Horn, Texas, from where the firm had launched New Shepard for previous flights.

Blue Origin has received final approval from the Federal Aviation Administration (FAA) to carry humans on the New Shepard rocket into space.

On July 12, Bandla touched the edge of space with three others, including Virgin Galactic’s billionaire CEO Richard Branson.

Bandla vaulted into space onboard VSS Unity 22. After the successful spaceflight, Branson carried the Indian-American on his shoulders while celebrating their flight to space, at Spaceport America in New Mexico.