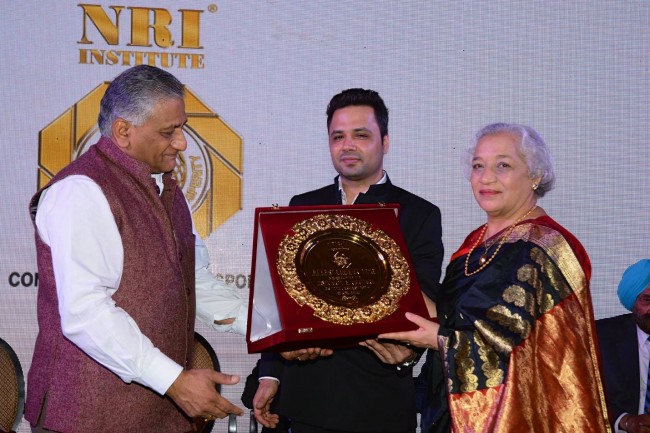 Kamlani received the Hind Rattan Award at the 35th Congress of NRIs on January 25, 2016, where she took the podium and addressed her concerns about women and children’s issues in India.

Both awards were for her outstanding contributions in the field of writing. 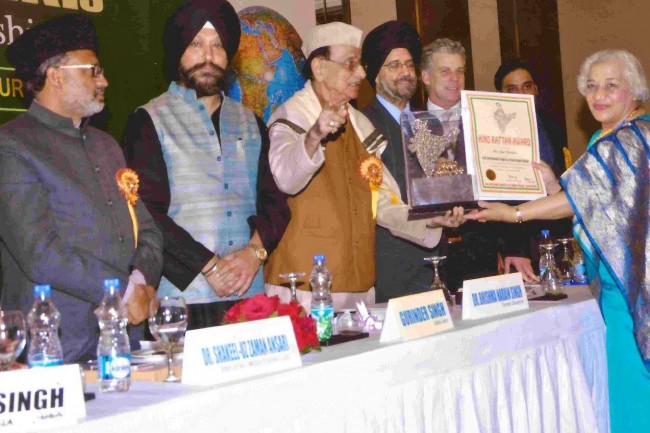 Jaya Kamlani being presented the Hind Rattan (Jewel of India) award by the president of NRI Welfare Society of India.

Kamlani, a former Silicon Valley technology veteran, is the author of three books- “To India with Tough Love” (non-fiction), “Scent of Yesterday,” (memoir) and “Garden of Life.” (poetry).

In November 2014, Kamlani was a panelist at the 1st South Asian IAAC literary festival, at Columbia University in New York where she spoke on the exploitation of women and children of India.

In October 2015, she was a panelist on the “Self-Publishing” at the 2nd IAAC literary festival at Hunter College, New York.