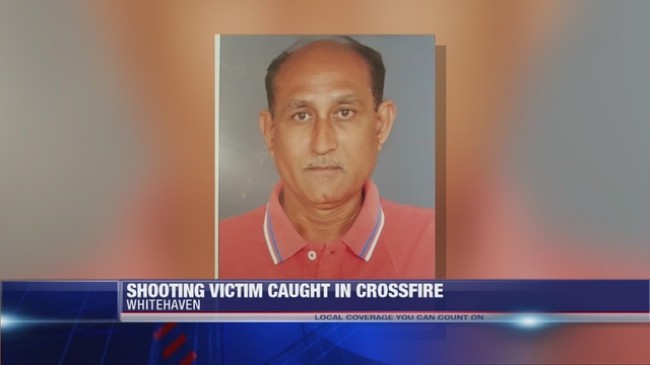 Washington, April 28 (IANS) A 56-year-old Indian-American man was killed after getting caught in firing at a motel in Tennessee.

Khandu Patel worked as a housekeeper at Americas Best Value Inn in Whitehaven, Memphis, a report in Fox13Memphis said. He was staying there temporarily with his wife and two children.

Patel was standing at the back of the motel when he was shot on Monday at 7.30 p.m. (local time), the local Fox affiliate reported.

“He finished his day’s work and was out walking around the property,” Jay Patel, the victim’s nephew, told the channel.

“Next thing you know he hears some gunshots flying around and one caught him in the chest.”

Patel was shot in the chest and died before he was taken to the hospital.

Jay said his uncle was preparing to move out of Whitehaven to the nearby Southaven in Mississippi for another job after a week.

“He was ready to get out of there,” said Jay. “Just trying to put food on the table. So he had to take what he had at the time.”

According to police, there were witnesses that know who killed Patel, but they were not cooperating.

The local NBC affiliate WMCA quoted police as saying that the target of the shooting was someone who was staying at the hotel.

There were about 30 gun shots, an elderly lady told the network.

Police have offered a reward for those providing information on Patel’s killers.

Amal Clooney to discuss freedom of expression in India