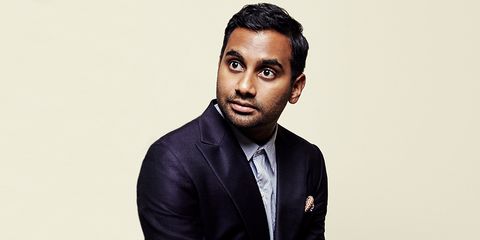 New York, Feb 13 (IANS) “Master of None” star Aziz Ansari has opened up about the sexual misconduct claims, saying he hasn’t been talking about the ordeal because he wanted to process it.

The Indian-American laid low following the allegations last year made by a 24-year-old New York photographer who accused the comedian of repeatedly pressuring her to have sex when they went on a date in 2017.

According to an online portal Vulture, Ansari addressed the accusations during a pop-up show in New York on Monday, reports dailymail.co.uk.

“It’s a terrifying thing to talk about. There were times I felt really upset and humiliated and embarrassed, and ultimately I just felt terrible this person felt this way,” he said.

“But you know, after a year, how I feel about it is, I hope it was a step forward. It made me think about a lot, and I hope I’ve become a better person.”

Ansari said after the scandal, a friend told him he was forced to rethink every date he had ever been on.

“If that has made not just me but other guys think about this, and just be more thoughtful and aware and willing to go that extra mile, and make sure someone else is comfortable in that moment, that’s a good thing,” he said.

“I think it also just gave me perspective on my life.”

The allegations and scandal made the comedian fear for his career.

“There was a moment where I was scared that I’d never be able to do this again,” he said.