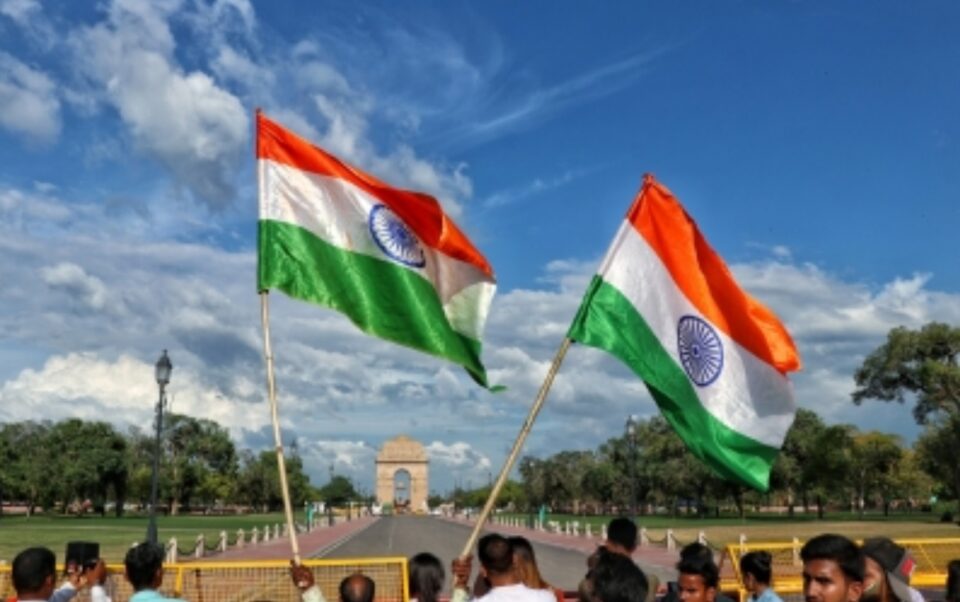 Washington, Aug 18 (IANS) A new survey has found an extraordinarily high level of self-confidence among Indians about being Indians.

The survey also found persisting distrust among Indians of the US. While a majority of Indians believe the US will come to India’s aid militarily in a conflict with China and Pakistan, a large minority of them do not — almost 4 out of 10 Indians think India will have to go it alone.

Further, the survey reaffirmed Prime Minister Narendra Modi’s return to peak popularity from the beating he received for his handling of the Covid-19 pandemic and the protest by farmers.

And, finally, the survey said Indians want to amass more nuclear weapons than any and all adversary countries.

The survey was conducted in 12 languages in 28 Indian states and six of eight union territories over April-May by CVoter, a leading Indian polling agency, for The Stimson Center, a Washington D.C.-based think tank with a robust South Asia department.

The poll contacted 7,000 voters by phone.

A massive majority of Indians, 90 per cent, said they believed “India is a better country than most other countries”.

Americans, who are widely understood to be more nationalistic than others and routinely tout American Exceptionalism, clocked in at 70 per cent in response to the same question in a survey in 2014.

“While American exceptionalism is a well-understood domain of study, self-perceptions of Indian exceptionalism are relatively under-explored,” said the writers of the survey findings released by Stimson on Wednesday.

The CVoter survey finding seems consistent with an earlier finding, conducted by a different agency, which found 80 per cent of Indian respondents strongly or somewhat agreed with the statement that India is better than most other countries. It was a global survey, and Indians came in second, behind Japan. And that was at the time of Prime Minister Manmohan Singh’s government. This rising self-belief and confidence among Indians as a people has been growing, largely unnoticed at home by Indians and abroad by the rest of the world.

This self-belief extended to Indians’ perception of their country’s military prowess in the CVoter survey, 90 per cent, of respondents were confident India would probably or definitely defeat Pakistan. A smaller but significant portion of them, 72 per cent, felt the same level of confidence vis-a-vis China, which, according to military experts around the world, is a superior military power than India.

Asked if the US would come to Indiaa�s help militarily in the latter’s conflicts with these two countries, 56 per cent of respondents said its would be “definitely” or “probably” for China and 59 per cent for China. The survey noted that “a remaining large minority skeptical of US aid in such scenarios”.

The US did indeed come to India’s aid in the two conflicts with China, 1962 and 2020. But, as the survey noted, US contribution remained publicly unacknowledged by the Indian government, then (Congress government led by Prime Minister Jawaharlal Nehru and BJP government now led by Prime Minister Modi). A former White House official felt compelled by the resounding lack of public expression of gratitude for US help in 2020 to put it on record at an annual security conference in New Delhi.

The survey also found that Modi’s popularity had rebounded from the mauling it received for his handling of the Covid-19 pandemic and the protest by farmers, with 71 per cent of respondents supporting him strongly or somewhat.

The Prime Minister’s rebounding popularity, and that of the ruling BJP, was found worrying by the writers of the CVoter-Stimson survey report.

They wrote: “Worryingly, supporters of Modi or the BJP were more likely to express discriminatory attitudes toward Muslims, such as stating they did not want to have a Muslim as a neighbour or that they believed India’s Muslim population was growing too fast. It is worth stating, however, that among all non-Muslim respondents, including both Modi supporters and sceptics, such discriminatory attitudes were widespread.”

Even more worrying perhaps was the survey’s finding that non-Modi supporters harbored similar antipathy for Muslims. “It is worth stating, however, that among all non-Muslim respondents, including both Modi supporters and sceptics, such discriminatory attitudes were widespread. An overwhelming majority of 78 per cent of respondents stated that they believed India’s Muslim population was growing too fast.”

And finally, the survey found that Indians supported ramping up the country’s nuclear arsenal to a level higher than all adversary countries.