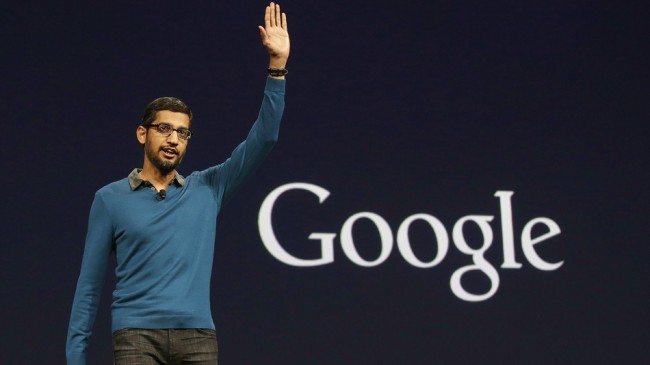 Washington, Dec 12 (IANS) Google CEO Sundar Pichai on Tuesday denied that the tech giant favors the more progressive political currents, in contrast to what some legislators and media outlets have claimed, in his first appearance before the US Congress.

“I lead this company without political bias and work to ensure that our products continue to operate that way. To do otherwise would go against our core principles and our business interests. We are a company that provides platforms for diverse perspectives and opinions – and we have no shortage of them among our own employees,” Pichai told the Senate Judiciary Committee.

The Google CEO said that Google does “want to allow for diverse perspectives and opinions, but we have rules of the road. When we find violations on our policies, we do remove those videos (from YouTube),” Efe reported.

In recent months, the committee headed by Republican Sen. Bob Goodlatte has held hearings focusing on whether big tech firms display any kind of anti-conservative bias against such policies or lawmakers, among other controversies.

Another basic question being handled in these hearings has been the ability of the tech companies to deal with foreign interference in US elections.

Twitter CEO Jack Dorsey and Facebook COO Sheryl Sandberg told the Senate in September that their firms are now “better prepared” to combat those type of attacks.

Sandberg and Dorsey defended their efforts almost a year after their companies confirmed before the same committee that Russia used accounts on their platforms to disseminate divisive political messages with the aim of influencing the 2016 presidential election.

On Monday, Google announced that it had decided to move up the closure of its social networking platform Google+ to April 2019 after detecting a new security breach that exposed the private information of 52.5 million users.