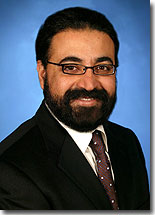 Chandigarh, Dec 29 (IANS) Microsoft founder Bill Gates, one of the richest men in the world, as also one of the most powerful in the field of technology, has no ego, says Gurdeep Singh Pall, global head of Skype, the popular and free international voice and messaging service.

Chandigarh-born software engineer Pall, who was named as Skype’s global head October this year, said: “The richest man in the world, who is among the most powerful people in technology, has no ego.”

“Bill would debate you purely on the merit of the idea and he would expect you as his peer to engage with him and let the best idea win,” Pall, who is also vice president, corporate at Microsoft, said in an interview on “Fair & Square” show on Chandigarh-based satellite television news channel, Day & Night News, telecast Sunday evening.

Talking about future things and how technology will transform lives globally, Pall said: “Put on your seat belts and get ready for a ride.”

“The next decade of transformation in computer science is going to come through artificial intelligence and machine learning. The promise of wearable computing is actually very, very powerful and it is already emerging in areas like healthcare.”

Pall, 47, who studied in Chandigarh’s upscale St John’s High School before completing his engineering degree in computer science from the Birla Institute of Technology and Science (BITS), was visiting his parents here for the first time after taking over as the Skype global head in London. He also holds a master’s degree in computer science from the University of Oregon.

Heading the information platform and experience team in Microsoft’s new applications and services division, Pall has more than 20 patents (approved or in process) in networking, VoIP and collaboration areas.

“Bill Gates is one of the few people in the world – and there are only a handful of them in software and outside – who has technology, business and strategy all worked out. And anybody who can operate across these three dimensions has incredible impact,” said Pall, who has worked closely with Gates in the past 10 years.

The first Sikh to reach the top management of Microsoft, Pall joined Microsoft in January 1990 as a software design engineer. He has worked on many breakthrough products in his tenure, starting with LAN Manager Remote Access Service.

Part of the Windows NT development team and having led design and implementation of core networking technologies, Pall has worked on some defining projects in technology like Windows 95, Windows XP, TCPIP protocol, Wi-Fi and Bing which transformed lives of individuals and business corporations.

Named one of the “15 Innovators & Influencers Who Will Make A Difference” in 2008 by Information Week, Pall co-authored “Institutional Memory Goes Digital”, which was published by Harvard Business Review as part of Breakthrough Ideas for 2009 and subsequently presented at the World Economic Forum 2009 in Davos.

As head of Skype, which has over 300 million active users, Pall said: “One-third of all long-distance calling in the world happens on Skype. Wherever I go, people tell me a personal story about Skype.”

Pall says that India needs to move in the fast-forward mode to ensure that it does not lag other countries.

“India is one of the players (in the field of technology), it is not one of the leading players. Countries like China, who had not invested in computer science in the 1990s and had a language gap as well, are really, really growing fast now.

“In fact, today most of the graduates who are finishing PhDs in computer science in the US are coming from China,” he pointed out.

Asked about a world without Bill Gates and Steve Jobs, Pall said: “There are some secular trends in the industry which are immutable; they will happen regardless of whether certain people are there or not.

“If Bill Gates and Steve Jobs weren’t there, these things would have taken a lot longer to converge because you would have ended up with lots of fragmented solutions which would compete among themselves and there would be inefficiency.”

Pall said Apple without Jobs has been left with a huge void.

“I personally think that people like Steve Jobs are really hard to replace and I suspect they (at Apple) are already feeling his absence and they will feel that more with time.”